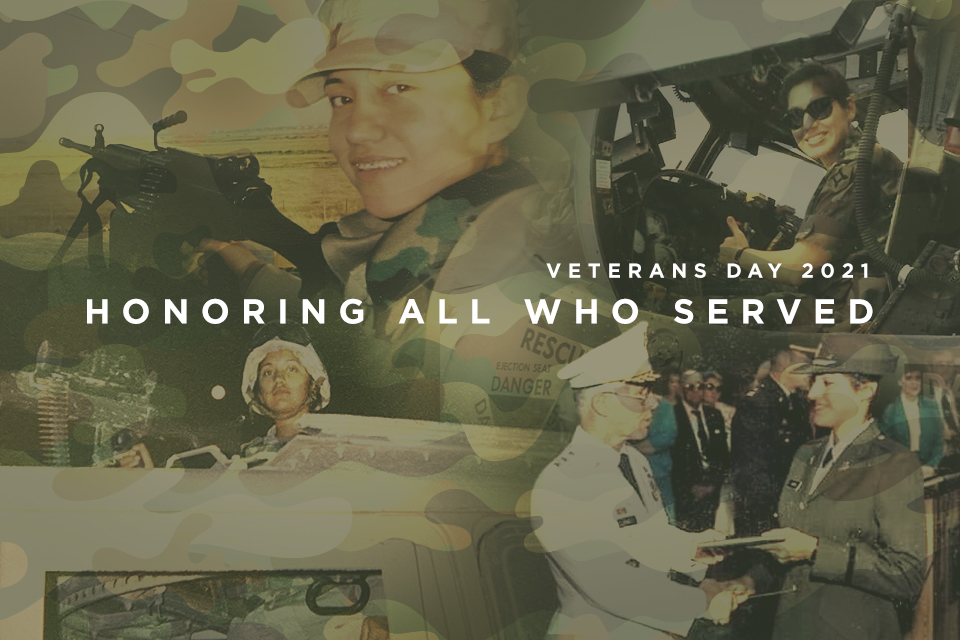 Veterans Day is when we remember the sacrifices and service of our veterans past and present. We are proud of the large number of veterans who choose to continue their service to our country by working at Pantex and Y-12.

Every veteran has their own story, and oftentimes, transitioning from military to civilian life can be a challenge. Two female veterans shared their journeys, and though each has a unique story, both share similar themes throughout their lives—service above self, tenacity, and dedication to excellence.

As summer fades and autumn arrives, some like to listen to the crackle of a fire, but others, like Lisa Torres, welcome the sounds of Friday night football with her husband and watch their children play the sports they love. Her four kids, who love adventure and being active, don’t fall far from the tree. They exhibit the tenacious energy their mother did when she was a child.

“I remember being a little girl and writing down in a keepsake book what my future goals were. I distinctly remember writing down ‘I wanted to be in the military’,” said Torres. “It always appealed to me; there was just something about it.”

So, after falling in love with her high school’s Marine Corps ROTC program, she went on to serve in the Air Force for four and a half years. Her experience in ROTC confirmed her belief she was meant to join the military; she thrived in an environment focused on discipline and service before self. Above all, she appreciated the intensity.

“I’ve always been very competitive and enjoy setting goals to challenge myself,” said Torres. “I loved my time in the Air Force, and it was a very tough decision not to re-enlist.”

As the saying goes, life happens while you’re making other plans. When the time came for Torres to re-enlist, Pantex was recruiting in San Diego, California. Torres made the difficult decision to change careers and accepted an offer as a Pantex security police officer in 2006. Though she was nervous to begin life as a civilian, she found the atmosphere at Pantex to be similar to that in the military. Security personnel operate on similar ideals—service above self. Many officers are also veterans, which made the transition from the military easier. There is a camaraderie among the officers, as they each know the challenges to overcome after they leave the military.

Her experiences as a SPO were a strong foundation as she continues her career at Pantex. Now, she serves as the Value Stream Element Team program manager within Lean Six Sigma. In this role, she develops and sets up continuous improvement cross-functional teams focused on identifying and implementing sustained improvements. She’s grateful she can make a difference in Pantexans’ daily work and for the constant challenges her job presents.

“Change can be difficult, but once we can make peace with the idea that there might be a better way, it ignites new ideas and improvements,” said Torres. “It’s also always a learning experience for me, so while I get to meet and help folks across the site, it’s also a personally fulfilling role.”

Torres’ dedication to serving others extends to her community. A Panhandle native, she volunteers at the High Plains Food Bank, Snack Pak for Kids, and Hillside Church. She worked to help launch the Pantex Veterans Affinity group Serving Our Service Members and also is a board member for the Hispanic Chamber of Commerce.

“We are all in a very intense season of life right now with the ongoing pandemic and other issues in our nation, but it’s important there is a community for everyone,” said Torres. “That’s what the military taught me: If you serve others and work with others with similar goals and passions, life takes on meaning and gets easier.”

Torres hopes that other veterans and veteran supporters can find their own communities to thrive in. Her goal for the new affinity group is to be a source of encouragement for service members and their families, and aid others in the transition from the military to civilian life.