AMARILLO, Texas – For more than five decades, the Pantex Plant has manufactured high explosive charges for weapons in the Nation’s nuclear stockpile. Last month, those operations were successfully transferred from its outdated WW II-era facility to the modern High Explosives Pressing Facility (HEPF).

The HEPF has introduced a more efficient process, improved safety, and reduced transportation costs. The 45,000-square-foot facility consolidates packaging, staging, pressing, inspection, machining, and density operations, which decreases risks and costs associated with transporting a main-charge high explosive from one building to the next. It is estimated that the HEPF will save more than $92 million over the life of the facility.

The HEPF was authorized for high hazard operations on January 8, 2019, and released to produce weapon-grade explosive charges in March of 2019. Throughout the first year of authorization, a graded approach of operations was performed until steady-state production rates were achieved. Based on those achievements, more than 100 parts have been pressed in the new facility.

“The startup and authorization of this new facility was a significant effort on the part of multiple organizations at Pantex,” according to Robert McClary, Director of High Explosives Manufacturing. ”Now that steady-state production has been achieved in the new facility, Explosives Technology is poised to meet the demands of the nuclear weapons complex for the next 50 years.”

The explosive hemispheres for all future rebuilds, life extension programs, and Joint Test Assemblies will be pressed, machined, and X-rayed in the HEPF.

The legacy facility that HEPF replaced was placed into a safe and stable configuration in March of 2020, and is slated for demolition in the coming years. 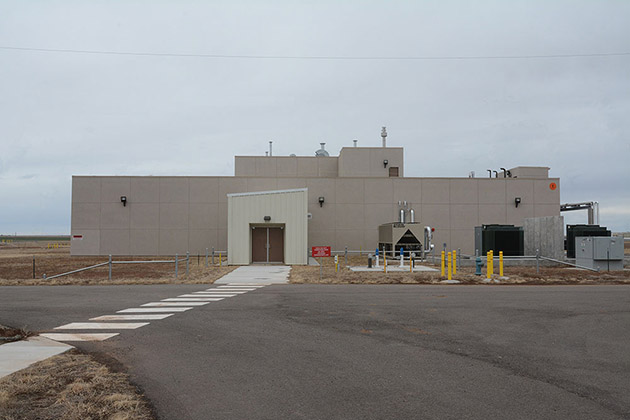