Kristy McWilliams, Pantex senior director for Safeguards & Security, said, “These graduates represent the best of the best. They were challenged mentally and physically, and I commend them for their dedication and hard work.”

The graduates completed 17 testable objectives and were evaluated each day on safety, task performance, and marksmanship. They applied their battle and marksmanship skills in live fire exercises and force-on-force scenarios under day and night conditions. The group spent more than 100 of their 240 course hours in the on-site shoot house, where they trained in live fire close quarter battle. 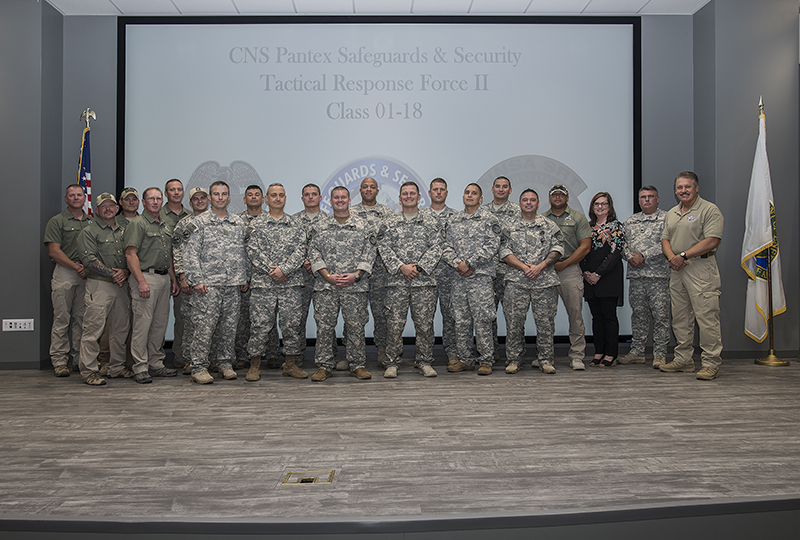