Sharing resources - The benefits of consolidation 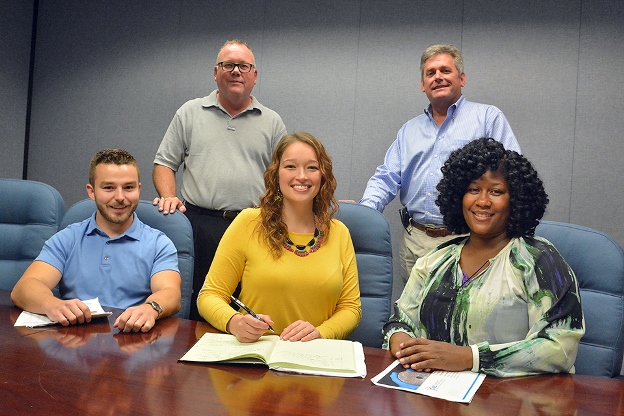 With extensive deliverables facing Pantex Process Engineering, Mission Engineering management started considering options to address the situation. Many in the engineering workforce were working extensive overtime, and the time-sensitive nature of many deliverables created an urgency to get support in place. Given the training and clearance requirements at Pantex and Y‑12, however, new engineers can’t be hired off the street and plugged into productive roles quickly, and that’s when the idea to send Y‑12ers to Pantex came up.

By early August, the engineers had accepted the new assignments, and, by month’s end, they were attending crash-course training at Pantex. While the three‑month assignment required sacrifices, among them leaving family and friends, all three embraced the chance to work at Pantex.

“I chose this opportunity to gain more in-depth and direct weapons experience, in addition to gaining a better understanding of how both Y‑12 and Pantex work together to meet the CNS mission,” Mason said. “I received positive feedback and a warm welcome from the process engineers and other personnel here.” Her assignment included preparing web-based documents for the upcoming 10‑year Nuclear Explosive Safety Study of the W87 program.

All of the engineers had the opportunity to support multiple weapons programs and learn about the tools and processes used to execute work at Pantex.

Cruise supported her Pantex team by locating information about calibration failures and design requirements document notifications. She also assisted process engineers with procedure writing, which involved trying out new tooling and interfacing with other teams.

“One of the main reasons I decided to take this opportunity was because I was really interested in seeing how the other half works and what they do. I thought it would be beneficial for me to get this experience early in my career at Y‑12,” Cruise, an engineer, said.

Cruise made a special sacrifice, having closed on her first home in Knoxville on Aug. 17, and reporting to work at Pantex one week later. Fortunately, she has family and friends to take care of her new place and even visit her in Texas. “We’ve had some fun times in Amarillo. Plus, we all made new friends here!”

Fritz also sees the experience as valuable to his career. “I felt that this was a great opportunity to learn more about CNS’s role in the Nuclear Weapons Complex,” he said. “The processes I have been exposed to involve the final product of our nation’s nuclear stockpile. This involvement really gives me an appreciation for our technical expertise as engineers and as a nation.”

Although Fritz would recommend such an assignment to other engineers, he admitted the experience did have a downside. “The worst part of this experience has been trying to figure out who will take care of my new puppy,” he said.

Fritz, Cruise and Mason helped CNS meet several deliverables that would have been in jeopardy without their timely assistance. “All of them jumped right in, came up to speed quickly and provided significantly beneficial support to several deliverables,” said Pantex Senior Process Engineering Manager Mike Brinson.