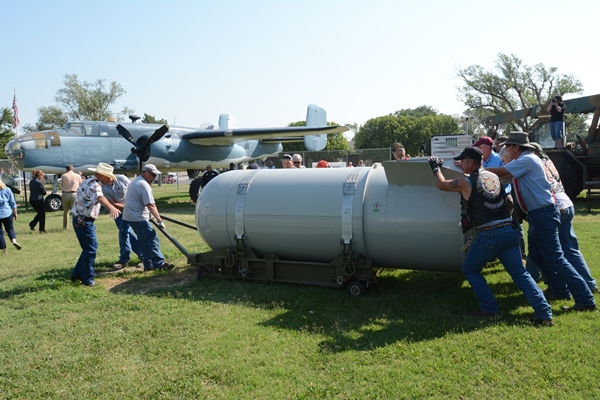 “The Last of the Big Dogs” has a new home after Pantex workers Wednesday delivered one of the few remaining B53 nuclear weapons cases to the Freedom Museum USA in Pampa, Texas.

The final B53, which received its “Big Dog” nickname from dismantlement workers due to its massive size, was dismantled at Pantex on October 25, 2011 in an historic ceremony. The B53 was a Cold War icon, and was the oldest, the largest and the most destructive nuclear weapon in the U.S. arsenal at the time it was retired.

Monica Graham, Pantex historian, was looking for a way to preserve the legacy of the B53 and honor the workers who built, maintained and dismantled it. The Freedom Museum, which is located about 45 minutes from Pantex, volunteered to take the weapon on loan to add to its large collection of historical military artifacts.

“This was an important effort to publicly display this iconic weapon that served in secret for decades, helping to ensure the safety of America,” Graham said.

The B53 was first put into service in 1962, a year when Cold War tensions were at their highest during the Cuban Missile Crisis. It served a critical role in the nation’s nuclear deterrent through the end of the Cold War, retiring from the active stockpile in 1997.

The B53 weighed around 10,000 pounds and was about the size of a minivan. Many B53s were dismantled in the 1980s, but a significant number remained in the U.S. arsenal until they were retired in 1997.

The B53 which was delivered this week consisted only of the outer casing of the weapon and is empty on the inside. It is one of only three such museum artifacts in the country built from a stockpile weapon. The others were assembled from training units or spare parts. 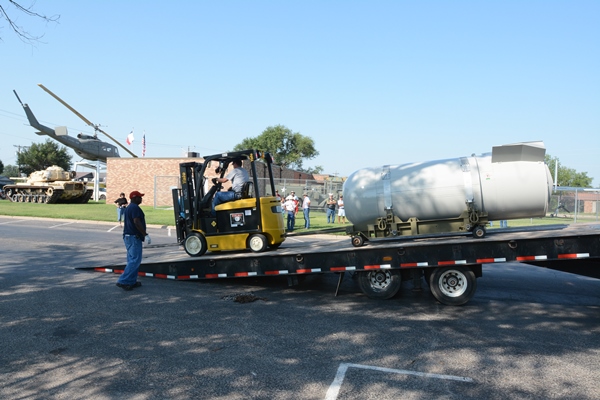