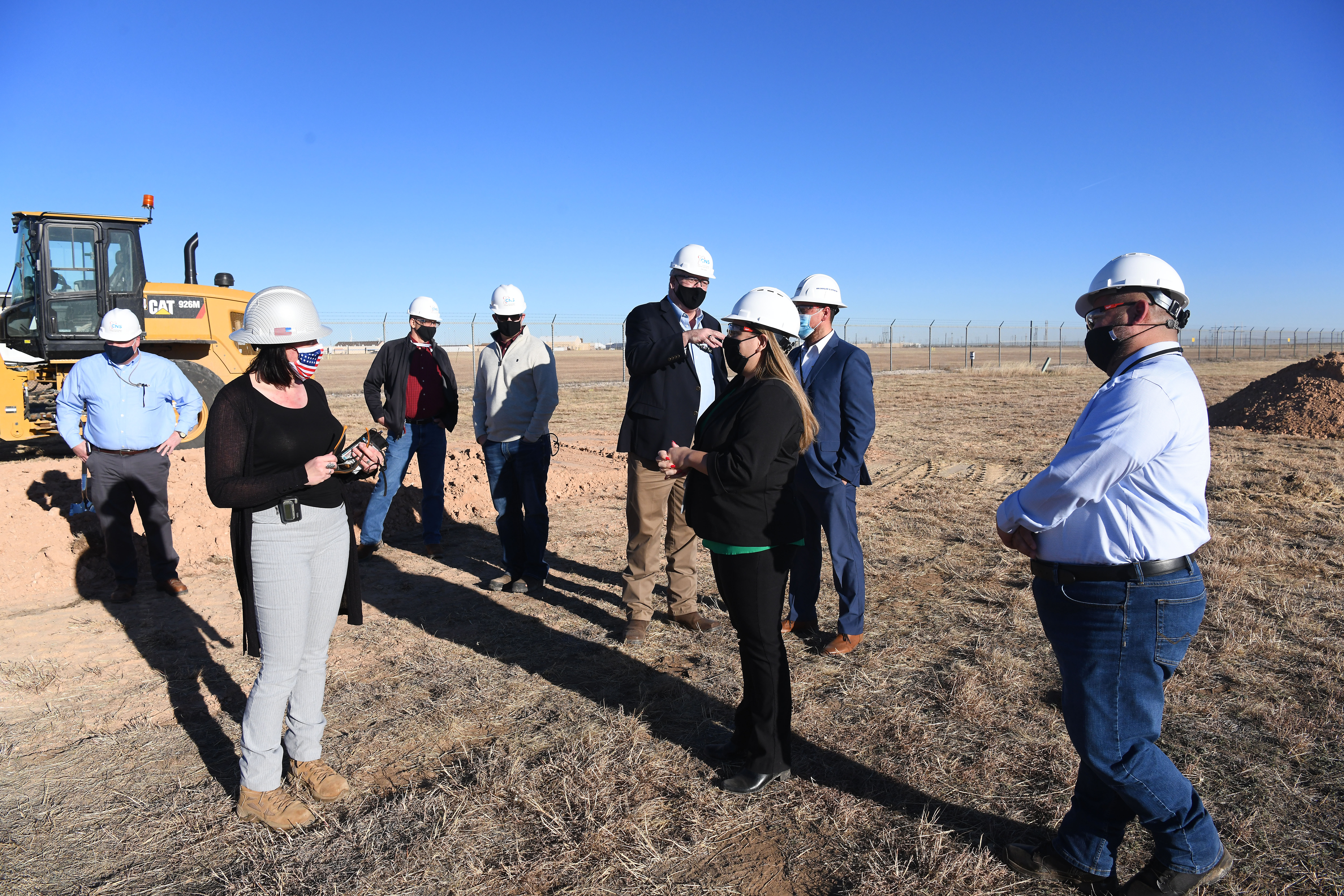 To celebrate Women in Construction week, we are highlighting Amanda Clark who oversees projects for the National Nuclear Security Administration Office of Enterprise Project Management (NA-APM-20) at Pantex.

Clark is currently the Federal Project Director for High Explosive Science and Engineering (HESE) Facility and for the High Explosive Synthesis, Formulation & Production (HESFP) Facility, and also manages the Material Staging Facility project for NNSA. She holds a Bachelor of Science degree in Business Management and has been working in project and construction management since 1998.

“I started as a document control clerk and junior construction inspector for an Architectural/Engineering firm, discovered how challenging and rewarding the work was, and quickly progressed to senior inspector and then project manager,” she said.

She first came to Pantex in 2004 as a self-employed subcontractor through the U.S. Army Corps of Engineers to support NNSA on Facilities & Infrastructure Recapitalization Program (FIRP) project execution. She has been a federal employee since 2009.

When asked what the most fulfilling part of her career is, Clark compared it to parenthood, which is a journey of joy, heartache, and pride that many can relate to.

“Getting to help my teams achieve their career goals and watching their professional growth has to be the closest thing to the journey of parenthood that I’ve ever experienced in my career in project management,” she said. “Of course, helping to build structures that will still be around and operating long after I have retired is also pretty cool!”

She went on to say that all the things she has helped to build in NNSA contribute in such a direct and meaningful way to national security missions is just a bonus.

“It is a pretty incredible feeling to say, ’I knew him or her when….’ as my team members progress on in their careers, or to be able to point to a building and tell my kids ’I helped build that.’ Nothing like it in the world,” she said.

Amanda’s mother, a registered nurse, is the person who has inspired her most.

“My mother is one of the sweetest, kindest, and most giving people I’ve ever known,” she said. “But she also always stands up for what she believes and defends her position tenaciously. I grew up hearing her talk to my dad about balancing speaking up to doctors without seeming to challenge their authority in order to ensure her patients’ voices were heard; while I’m sure she didn’t think I was listening, it definitely taught me some important lessons about the art of negotiation.”

She says her mom showed her the value of speaking up in a respectful way, and inspired her to encourage her teams to always contribute by proving she will listen to their advice and address their concerns.

“My mom is also the epitome of ’tough but fair’ and I’ve always tried to emulate that quality, either as a supervisor or as a project manager,” she said.

She said it is important to encourage and educate young women about job fulfillment from skilled trades because we spend more hours at work than pursuing any other single activity, so it should really be rewarding and enjoyable, and something you look forward to.

“Not everyone was built to work in the confines of an office, but I think there has been a reluctance by women to jump into fieldwork due to some weird perception that you have to choose between femininity and following your heart to do hands-on work,” she said.

Clarks said she’s always been what you might consider a bit of a tomboy, but has never viewed her job as limiting.

“I’m just as comfortable dressing up to go to the opera as I am putting on work boots and a hard hat to kick the dirt and talk to work crews so I can understand any challenges and help our buildings/projects go more smoothly and be more efficient,” she said. “I would love it if every young woman could experience that, such that all the perceived barriers would just disappear for future generations.”

Her advice for other women who may be interested in pursuing a career in construction is that it is a rewarding field, and there are no longer the same barriers that existed when she first started working on projects 20 years ago.

“No person in this country should feel that this field isn’t open to them,” she said. “If you are fulfilled by working with your hands, building things, being part of a working team, and finding creative ways to solve problems, then working on a project site as a tradesperson or in engineering or project management can be very rewarding. If you do what you love, work becomes a joy.”

Clark is always excited to see other women on the jobsite, as she’s still outnumbered by her male counterparts.

“Girls today seem so much braver and bolder to me than I felt growing up, but I know it can still be a little daunting to go into a position or trade where you know you have to ‘prove’ yourself,” she said. “I think it is important to recognize that men entering the skilled trades experience the same learning curve, so women should not let fear deter them. It does get easier, and I’m now at the point where the quickest way to get me to jump a hurdle is to tell me why I can’t!” 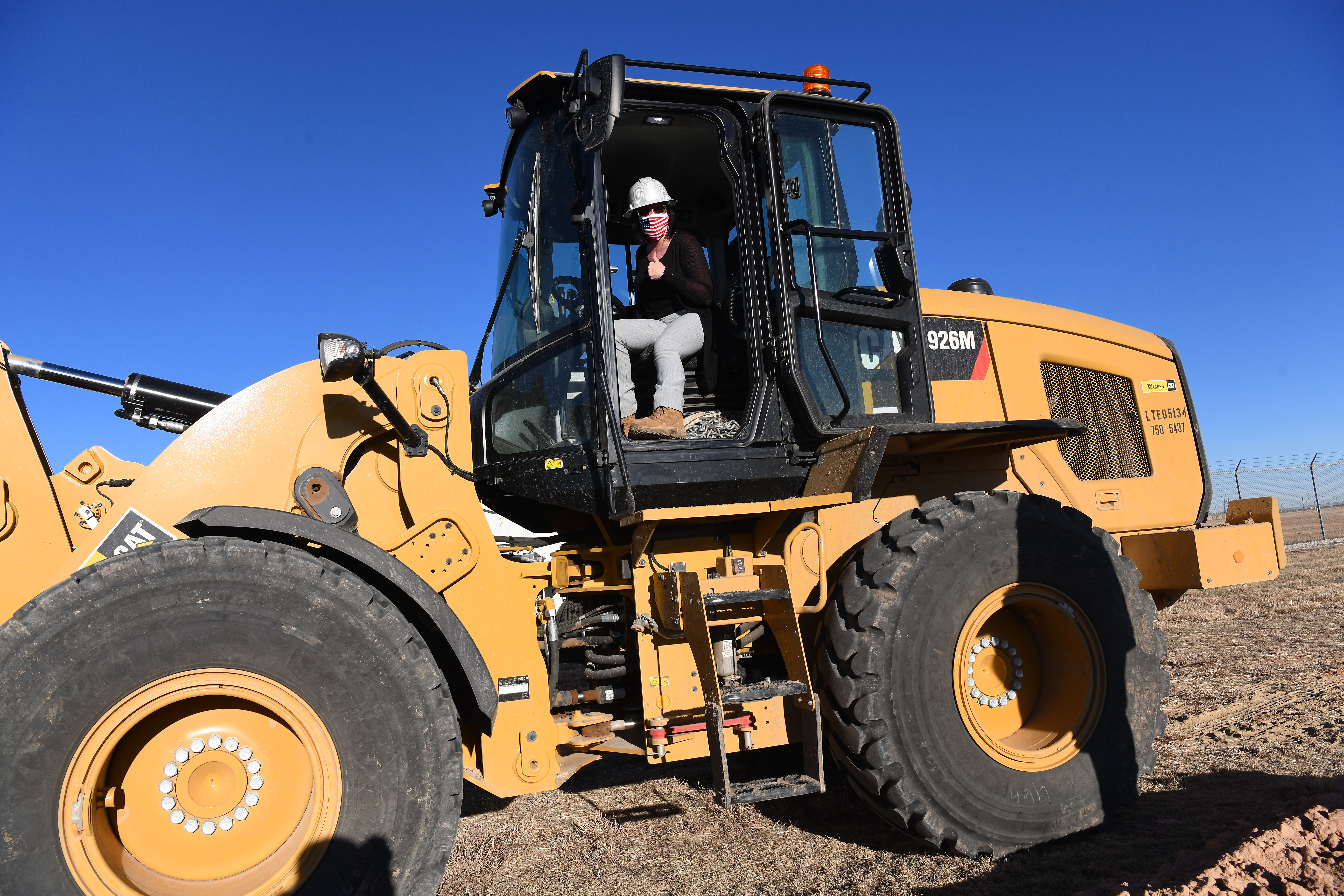