I look back over my 17 years at Pantex and am most appreciative of the “output” that we have accomplished through collaborative partnerships. In today’s economic climate and tightening budgets, it is easy for most people to understand the role that “resource sharing” can have in getting and keeping a project up and running. But, what I am referring to is more collaborative, ranging from partitioning of activities to various levels of shared oversight of research projects as co-principal investigator and then production of output to get information to where it can be used.

Since 1999, collaborative research studies at Pantex have included six projects with West Texas A&M University, three with Texas Tech University and the Texas Tech/U.S. Geological Survey Cooperative Fish and Wildlife Research Unit; and one involving Canada’s University of Manitoba and York University. For Pantex, these collaborations have involved contracting on most projects and universities and Pantex staff serving as co-investigators, but also large contributions that included Pantex staff performing several key functions, such as:

These have worked well, with professors, students and myself dividing the service as lead presenter on presentations and lead-author on publications among the appropriate co-authors. As an example, we see the possibility of five publications coming from a recently-completed project. The “scribble” board behind me has the topics listed, with each including the initials of the investigator and their efforts to get the paper’s first draft started as senior-author among the student, professor and myself. This efficiency is proven, using the output of another project, which produced nine publications on behalf of our U.S. Department of Energy/National Nuclear Security Administration customer: six led by students as senior author and three led by myself.

To date, the collaborations have contributed more than 12 scholarly and four popular-style articles, 42 presentations to major audiences, dozens of presentations to public and civic groups, and many interactions with the media. Collaboration facilitates the technical oversight and also real-time knowledge for Pantex in terms of meeting agency program objectives. The projects and contributions that deal with migratory birds have garnered the Pantex Plant as DOE/NNSA’s single-allotted nomination for the Presidential Migratory Bird Federal Stewardship Award in four of the six years of the award’s existence. In 2016, the Plant’s work earned the agency the distinction of ‘final three finalist’ for the award. From an “output” standpoint, the result is “win-win”, because not only do we get information out to where it needs to go for the customer, credibility is enhanced due to the truly collaborative make-up of the projects. 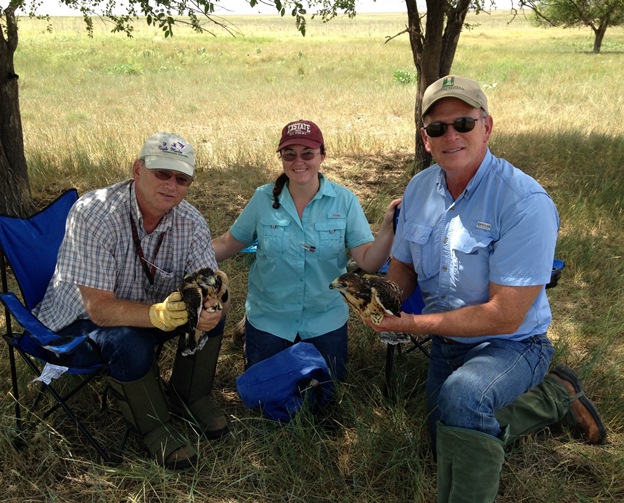