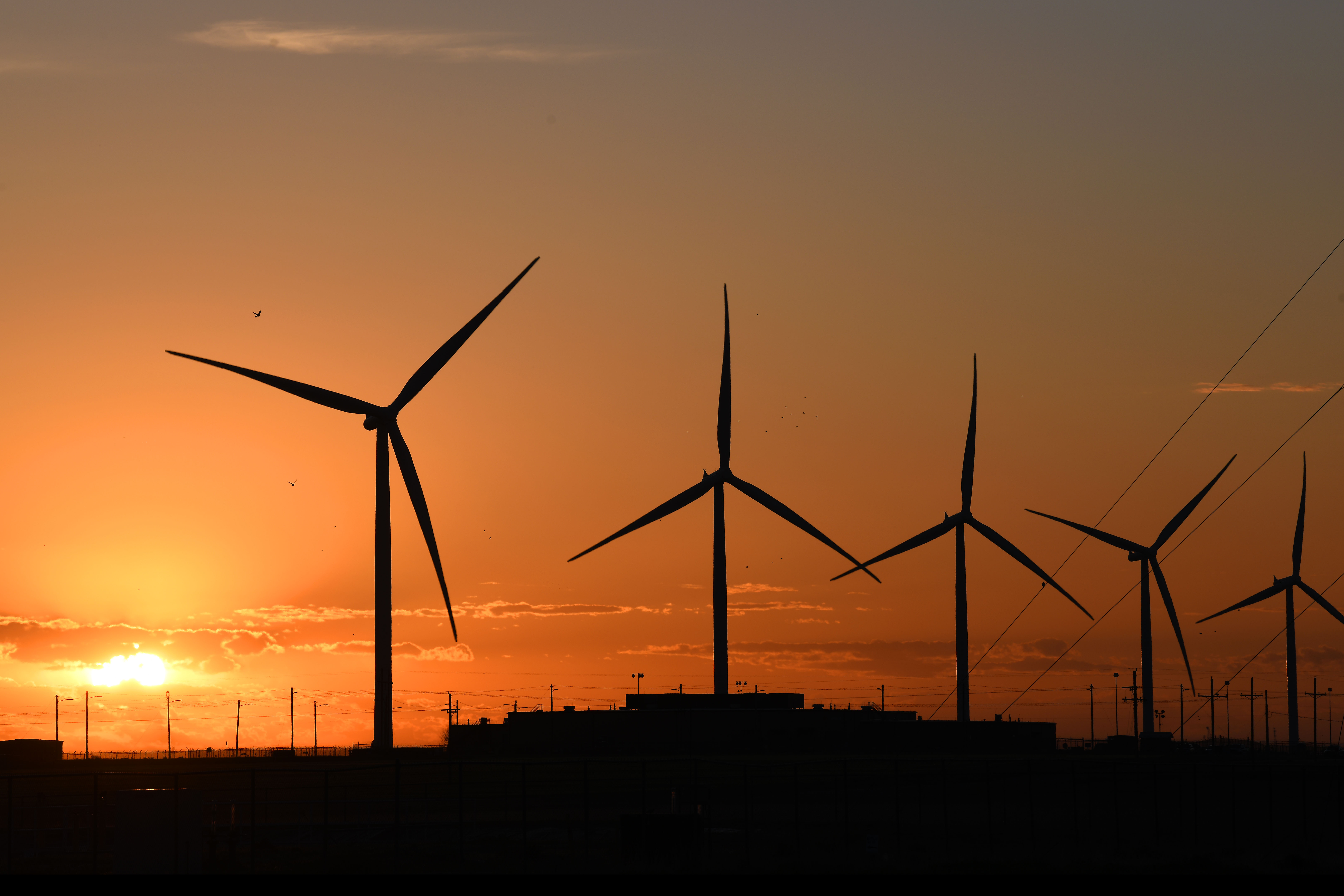 The Pantex Wind Farm has allowed the site to consistently exceed DOE goals regarding the use of renewable energy and reduce energy-related greenhouse gas emissions. 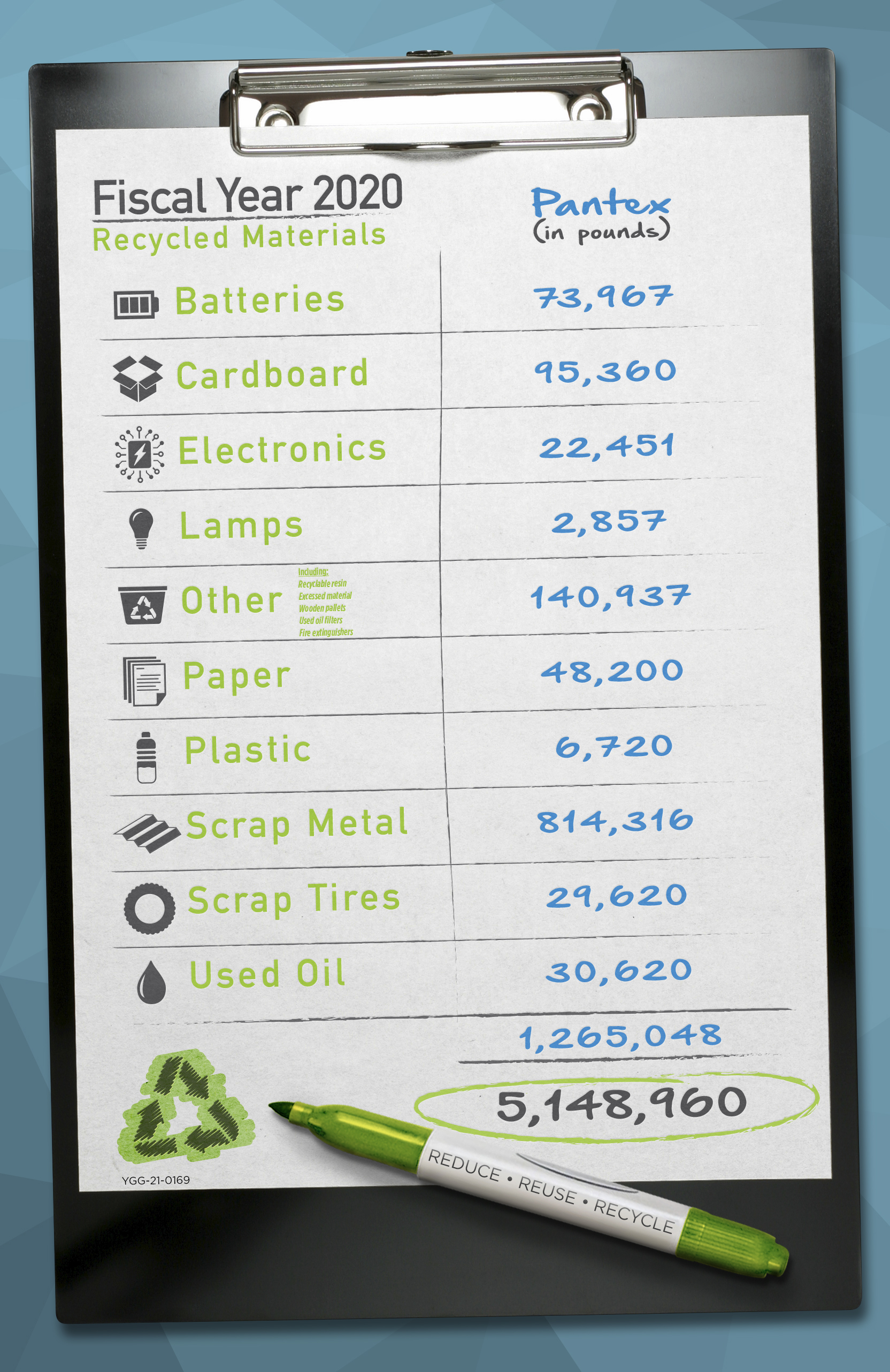 Recycling to prevent waste
During FY 2020, Pantex recycling efforts resulted in a total 1,265,048 pounds in recycled material. The following quantities (in pounds) of waste shipped to various recycling companies:

Reducing energy intensity
Pantex has reduced energy intensity by 20% since 2015 primarily through the use of the Pantex wind farm. Energy intensity is the amount of energy used per square foot of plant’s footprint. By 2025, the goal is to reduce energy intensity at Pantex by 30% from the 2015 baseline. Energy savings in projects such as the HVAC Strike Team replacements and security lighting upgrades will further Pantex’s progress in reducing energy consumption.

Following the rules
The State of Texas has issued Pantex an environmental compliance rating of “high,” which is the best rating that is offered by the state. The rating is based on Pantex’s compliance with its permits and authorizations and all of the environmental laws and regulations applicable to its operations. In addition, the state has classified the Pantex water supply and distribution system as “Superior.” This is also the highest rating offered by the state and is based on performing operations that go beyond those required by regulation.

Reducing waste
Pantex continues to use digital technology, such as the X-ray machine in the Pantex Occupational Medical Department, to eliminate silver-contaminated film wastes and reduce annual radiography waste. Electronics equipment is dispositioned through certified recyclers, transferred, or donated to other sites and/or educational institutions through various government programs. Accordingly, 99% of electronic equipment was kept out of landfills. In addition, more than 95% of all Pantex printers have duplex printing capabilities to save paper use.

Earth Day, every day in many ways
Celebrating Earth Day every day