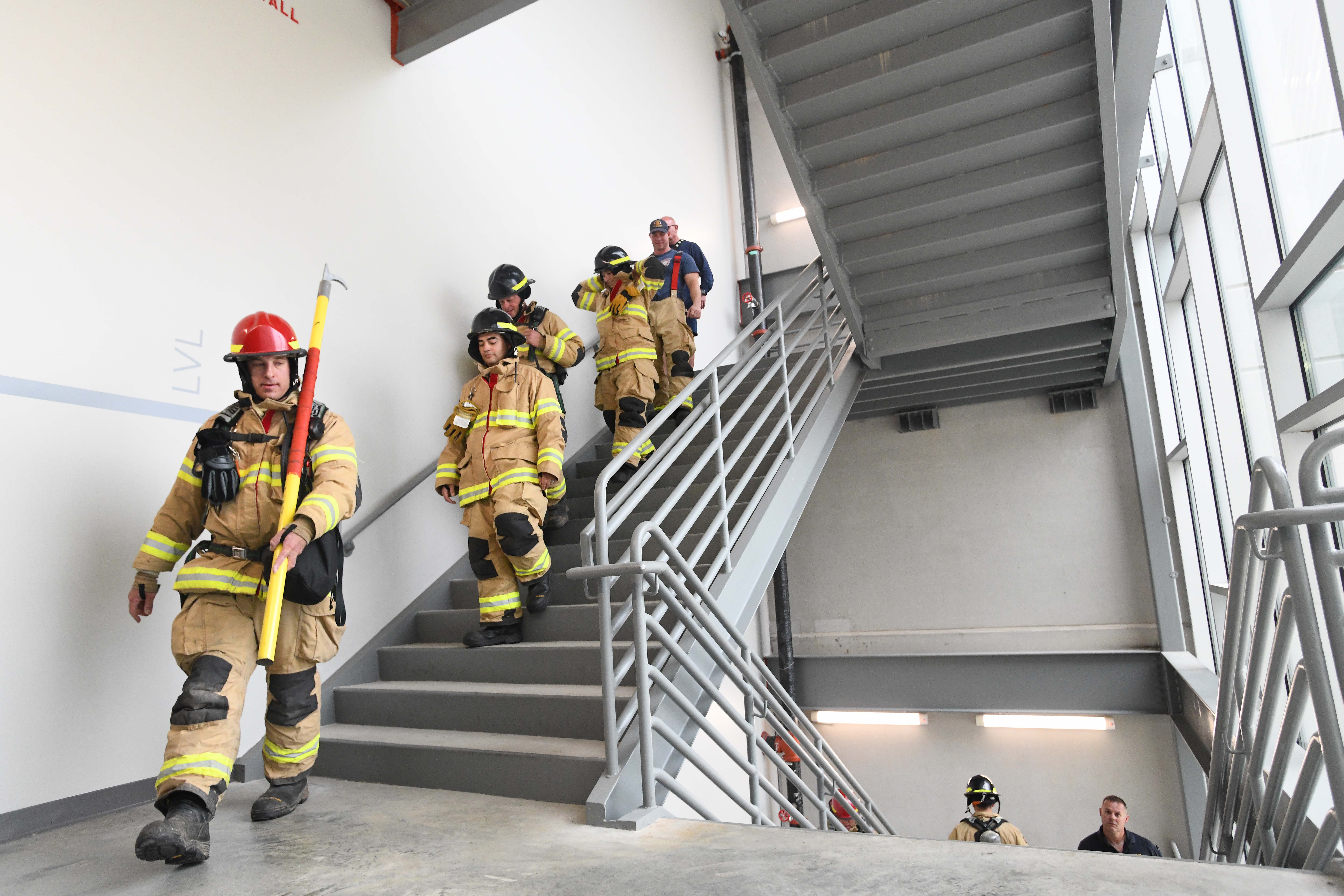 First responders from Pantex Fire Department wore their gear for a very special reason this past Saturday.

The group of Pantex firefighters came together in a John C. Drummond Center stairwell to participate in a stair climb honoring the hundreds of New York City firefighters and first responders who died during the attacks on September 11, 2001.

The A-shift showed up in full gear and each firefighter climbed up to the third floor and back down 10 times. While this memorial climb may not represent the true number of flights and steps climbed by first responders on September 11 (110 flights), the Pantex firefighters completed their climb in tribute to what those brave men and women did that day. 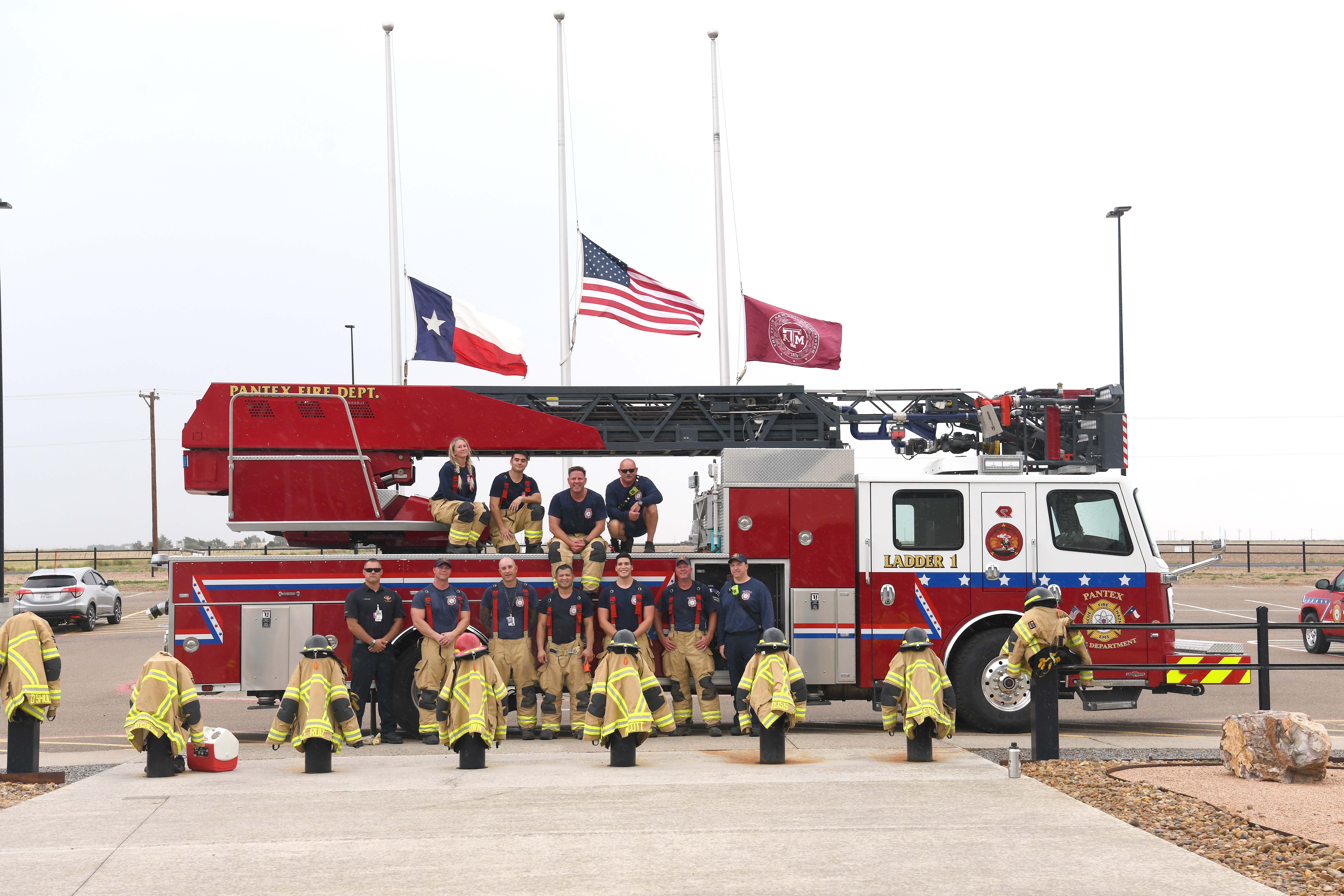