Integrating organizations across two states (and two time zones) can be complex. The divisions within the Safeguards, Security, & Emergency Services organization have been working to integrate, standardize and consolidate their many processes at the Pantex Plant and Y‑12 National Security Complex and are making great progress. 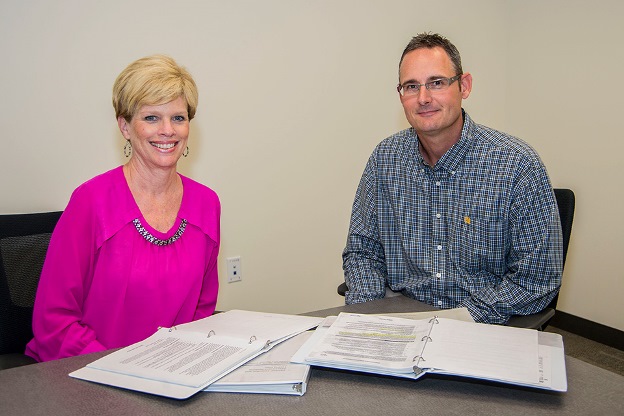 The initial approach was to simply enable department‑level managers to integrate their processes with their counterparts. They were able to identify many ways to integrate, but it became difficult to fully execute those ideas. An Integration Management Team was created and charged with facilitating the divisions through this complex process. The team took on a systems approach and assisted each department manager with developing an integration plan for his or her group then guided and assisted them in surmounting obstacles as they worked through their plans.

Brian Deorocki of SS&ES Operations Management at Pantex explained, “Individual department managers focus on their areas and are not always able to see the big picture as it relates to all of the internal and external connections. The team, however, is able to see the system as a whole and is better able to integrate the moving pieces, so to speak.”

A steering committee oversees integration efforts and resolves issues that could not be resolved at the department level. The committee is comprised of the four direct reports to the SS&ES vice president. Ultimately, the S&S steering committee approves all integrating actions. The Integration Management Team works closely with various teams from Booz Allen Hamilton and is accountable to the steering committee to ensure no independent effort exists that will conflict with the CNS five absolutes.

These positive working relationships have enabled the development of integration plans and consistent processes. For example, the administration of random drug and alcohol testing can now take place at either site for visiting personnel. Also, the Annual Security Refresher Briefing had been a requirement for all personnel at Y-12 when the DOE order only required it for cleared personnel; that process is now standardized at both CNS sites and complies with the DOE order. Weekly security shares, used as security reminders during meetings, are now used jointly at both sites and can be accessed on the CNS intranet. In many cases, just the formalization and documentation of some long‑established informal processes naturally fit into the integration effort. The SS&ES integration strategy has been to work with each program separately and simultaneously.

Performance Assurance is leading the way toward integrating both security programs. This department provides internal services to divisions and easily transcends across those division lines, with standardized processes for assessments, issues management and performance testing. Performance assurance activities can also effectively identify gaps in other integration efforts warranting attention. To date, Performance Assurance is operating as one team to fully integrate the program across the enterprise.

Ken Freeman, SS&ES vice president, said, “The integration effort has been challenging, but we are very pleased with the work our employees are accomplishing. Through their continued collaborative and cooperative efforts, we anticipate having even greater success in FY 2016.”