Looking back at paying it forward

Consolidated Nuclear Security employees at Pantex in Amarillo and Y-12 in Oak Ridge made major impacts in 2015 donating both time and money to worthy causes throughout their communities.

Leading the way at Y-12 was the 12th annual Volunteer Day, with 32 employee-inspired projects from painting, landscaping, cleaning, repairing and even providing learning experiences for young people, all supported by CNS. 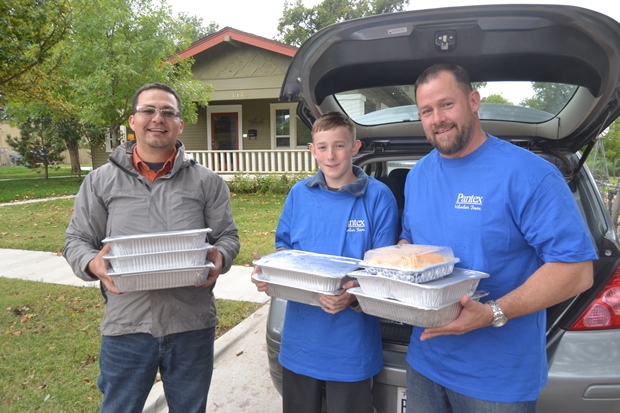 Pantex community projects included volunteering with the Amarillo Public Library, cleanup and maintenance of park trails at Palo Duro State Park and Wildcat Bluff Nature Center, and even a few Pantex employees working with a group of Girl Scouts to build a “tiny home” for a mother in need.

“We’re breaking away from the traditional STEM classroom approach,” said Brandy Ramirez, a facility engineer in System Engineering at Pantex. “We’ve put the tools in the girl’s hands allowing them to install new doors and windows. Having a part in building strong, smart, caring young women is very rewarding.”

Education is a strong focus for CNS with Pantex contributing a total of $30,000 to fund multi-level robotics programs at both Amarillo and Bushland Independent School Districts allowing students to take learning high-tech.

Hundreds of students and more than 50 robots, faced off in “the varsity Sport for the Mind™” at the fifth annual Smoky Mountains Regional FIRST Robotics competition in Tennessee. As in previous years, Y-12 employees volunteered as competition judges and as team coaches and mentors to help students design, program, and build a competition robot. 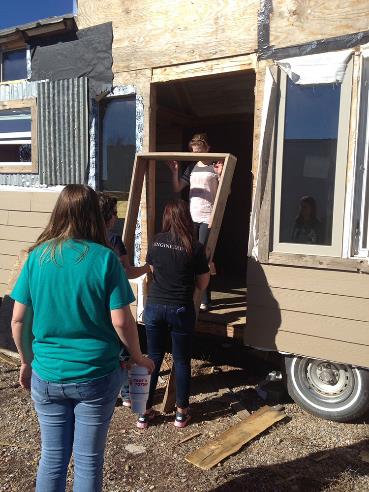 Perhaps the biggest show of fostering education takes place each February as CNS host regional Science Bowls on behalf of the U. S. Department of Energy (DOE)/National Nuclear Security Administration (NNSA). Middle school and high school students across Texas and Tennessee demonstrate their academic proficiency with the winning teams going on to compete at the National Science Bowl® competition in Washington D.C.

“Science Bowl gives students who love math and science an event designed especially for them.” said Michelle Reichert, CNS Vice President and Pantex Site Manager. “They are the next generation of scientists and engineers who will one day help support our important mission.”

This year, CNS President Jim Haynes challenged the Oak Ridge community to match CNS’ $25,000 donation to replace the roof at the Boys & Girls Club of the Clinch Valley. The community responded.

Y-12 Site Manager Bill Tindal presented ADFAC, Aid to Distressed Families of Appalachian Counties, a check for $10,000 allowing the agency to continue its efforts in supporting children and families in need in the area. The donation followed an employee-driven effort where hundreds of dollars and items were collected to replenish ADFAC’s “Crisis Cupboard.” Y-12 employees Elaine Warren and Joy Evans coordinated the effort.

“This donation from Y-12 will go a long way to provide comfort to many families in need,” said Warren. “I know there will be a lot of mothers who will be happy to see diapers and wipes on the shelves at ADFAC,” she added.

CNS also helped to alleviate hunger by presenting $10,000 to the High Plains Food Bank’s Kids’ Café with additional support during December’s Together We Can food drive where employees collected donations of food and cash from the local community. CNS also worked with the Metal Trades Council to help the food bank provide turkeys to families in need during the Thanksgiving holiday.

2015 marked the 17th year for the partnership between Y-12 and Atomic Trades and Labor Council to aid the March of Dimes by donating $15,000 to their campaign. In Amarillo, more than 60 Pantex employees spent a day on the green as CNS contributed $8,000 to sponsor the 25th Annual March of Dimes “Tournament of Eagles” golf tournament.

This year, CNS employees continued their support of the HonorAir flights to Washington D.C., which provides free flights to war memorials for local veterans of World War Two, Korea and Viet Nam. Since 2011, Y-12 employees have turned out for the return flights, wishing our veterans a welcome home and thanking them for their service to our country. 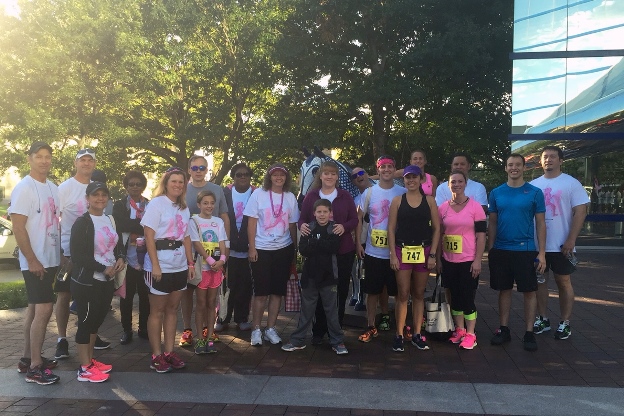 Pantex and Y-12 employees broke a sweat for a good cause at this year’s Susan G Komen Race for the Cure, which saw more than 100 employees at Pantex and Y-12 take part. Curtis Chamberlain, a production manager at Pantex, ran with his 11-year-old daughter and said it was a “good opportunity to spend quality time with her and support a worthy cause.”

CNS and its workforce in Pantex and Y-12 are proud of the support we gave to our communities in 2015 and look forward to even greater good deeds in 2016.