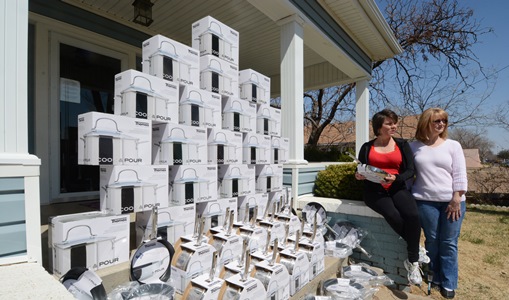 Cooking dinner will be a lot easier for about 20 needy families in Amarillo thanks to the generosity of Pantexans, who used a grocery store promotion to secure more than $6,000 of cookware for a local charity.

More than 70 pots and pans were donated to local charities by Pantexans Scott and Lauri Minton, who had been collecting stickers donated by their coworkers. The stickers represent nearly $100,000 in groceries purchased from United Grocery Stores, an area chain that has been giving stickers redeemable for cookware since October.

“I think this really represents the Pantex spirit. As Pantexans, we are always looking for ways to have a positive impact on our communities,” said Lauri Minton.

Lauri Minton said she and her husband started collecting the stickers when they realized they did not need new pots and pans, but that there were people in Amarillo who did. The Mintons spread the word around the plant, and were quickly overwhelmed with the positive response.

As the promotion entered the final days, word spread through social media, and the pace of giving picked up even more.

The pots and pans – over 21 complete sets – were dropped off at Martha’s Home Friday, an Amarillo shelter that provides a place to live for homeless women with children while guiding them toward a lifestyle of self-sufficiency. Several pots and pans were also donated to the Pantex Christmas Project, which has been providing Christmas gifts to needy families for more than 50 years. 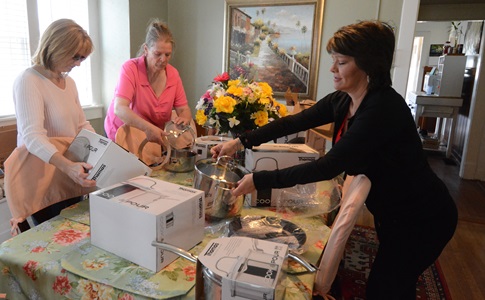