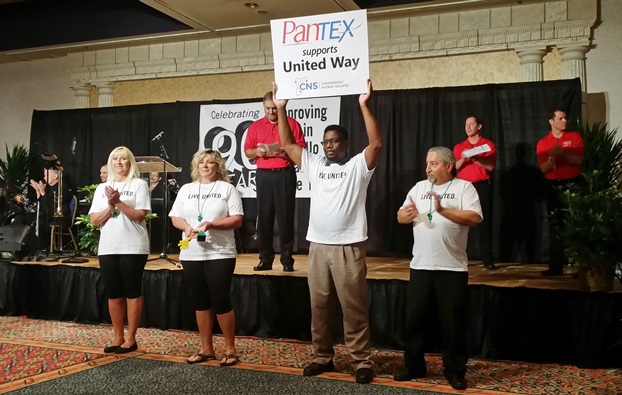 Clarence Rashada holds up a sign expressing Pantexan support during the United Way campaign kickoff event last week as Kendra Garcia, from left, Kathy Felder and Charles Thomas look on. The four are loaned executives from Pantex, sent to support the United Way campaign, which has a theme this year of “Make it Personal.”

Each year, Pantex employees pledge hundreds of thousands of dollars to United Way of Amarillo and Canyon, making the plant a top giver to the campaign.