I am Mission Success: Laurie Godinez 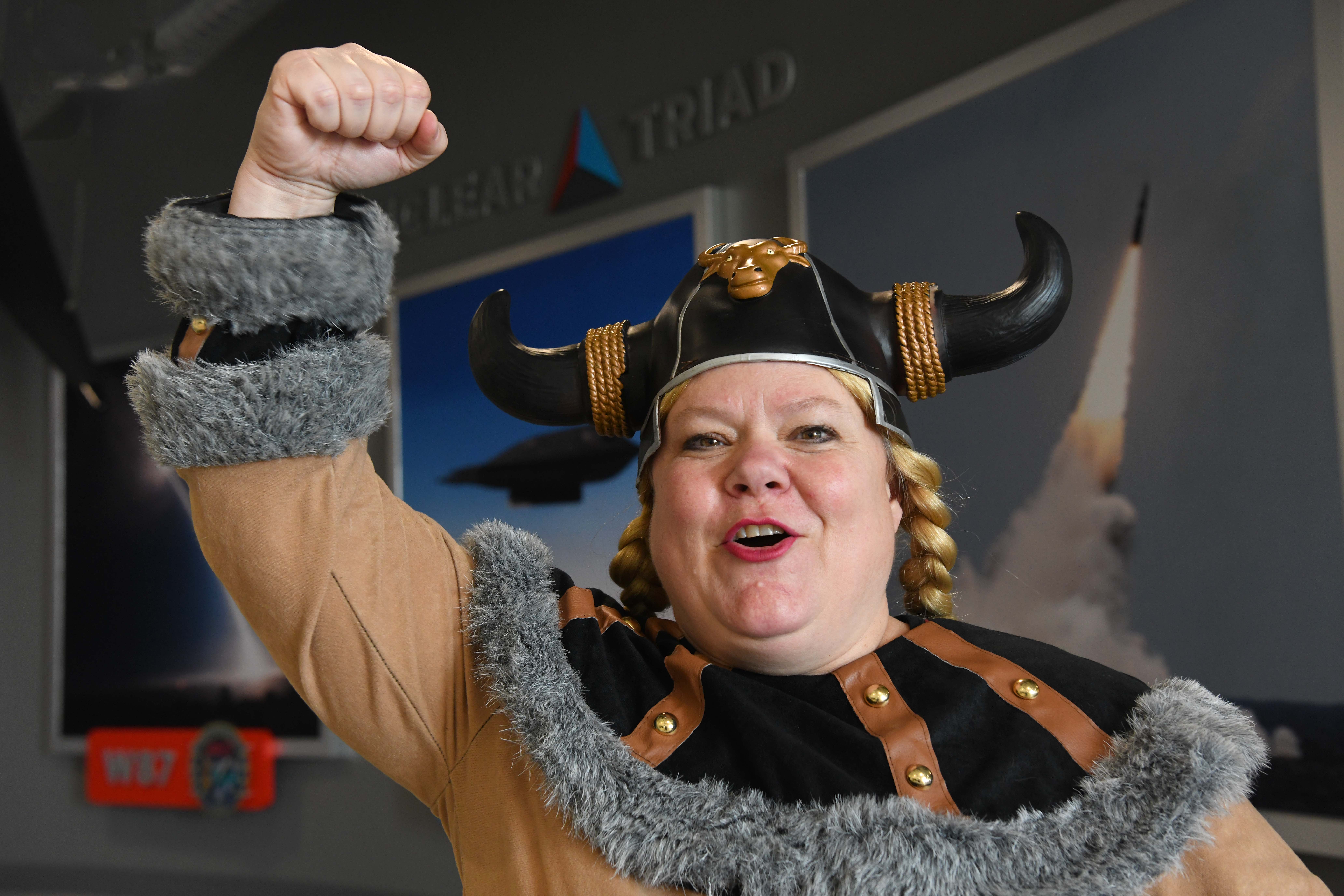 Take five minutes and learn about CNS's Laurie Godinez, a records administrator at Pantex. All views and opinions are the employee’s own and do not necessarily reflect those of CNS.

Laurie Godinez travelled all over the world but has chosen to make Pantex home.

She grew up in a small, coastal California town, and after a couple years of college decided to join the U.S. Army.

“I wasn’t sure what I wanted to do with my life,” Godinez said. “I was a truck driver by trade, but my favorite job in the military was as a squad leader and platoon sergeant, because I had a daily impact on soldiers’ lives.”

While serving, she met and married her husband, Elgin, who is a native of Dumas, Texas, which is about an hour outside of Amarillo. They traveled the world for their duties, being stationed in Texas, Oklahoma, Kansas, Germany, and the Netherlands.

When it was time for them to separate from active duty, Elgin was ready to come home, so they and their three kids moved to Amarillo. Elgin, too, is employed at Pantex.

When Godinez was first hired almost seven years ago, it was as a production technician. While waiting for her clearance, she kept busy helping Human Resources digitize personnel records.

“Once my clearance was granted, I worked in Data Management and decided to apply for a job as a clerk,” she said. “Long story short, I never made it to the line as a PT, but I think I found my calling behind the scenes.”

Godinez works in Data Management as a records administrator, which includes a complex puzzle of receiving, compiling, and transmitting data.

She is easy to spot during the month of October — she is the one dressed in festive Halloween outfits.

“A few years ago, I was trying to decide what to wear for Halloween,” she said. “My son suggested that I just dress up every day in October, since I love costumes so much. I accepted that challenge, and I have been dressing up each day of October since 2018. At first, my family thought it was crazy, but it has brought so many laughs from coworkers and so many smiles from little kids that I may encounter while running errands after work.”

How does patriotism factor into your life? Did your level of patriotism change after working at Pantex or Y-12?
I have spent most of my life in service to our country. When I retired from the Army, I didn’t know how I would continue that service. Working at Pantex and serving a continuing role in defending our nation has only deepened the patriotism that I have always felt.

I have lived in several foreign countries, and like Dorothy said in The Wizard of Oz, “There is no place like home.”

What is your favorite aspect about your work environment? How does that aspect make you know the mission is being met?
My favorite part about our work environment is the teamwork. Everyone brings their own perspective and ideas, and I feel like we all work well together. This sense of teamwork helps us shift our focus when someone has a high workload to make sure that everything gets done on time.

What work advice would you offer someone who is new to Pantex or Y-12?
Learn as much as you can from the people that have been here for a long time; they won’t be here forever.

Don’t be afraid to suggest changes or improvements. Even if they don’t work out, it could lead to process improvements.

Make sure you have everything you need when you leave the house in the morning, because it is a long drive back to town if you forget your badge.

What is your favorite outside-of-work activity and why?
Spending time with my family. We love to have game nights and travel.

I have a grandson who is almost six months old and he is the light of my life. Since this is my first Halloween as a grandma, I decided to include my grandson, and he and I dressed up in Halloween costumes every day for the month of October. He definitely stole the show!

What is your favorite Halloween candy and why?
Milk Duds, because they taste so good with hot, buttery popcorn.

Or the flavored Tootsie Rolls, because the only time I find them is in the big Halloween Tootsie Roll bag of candy.