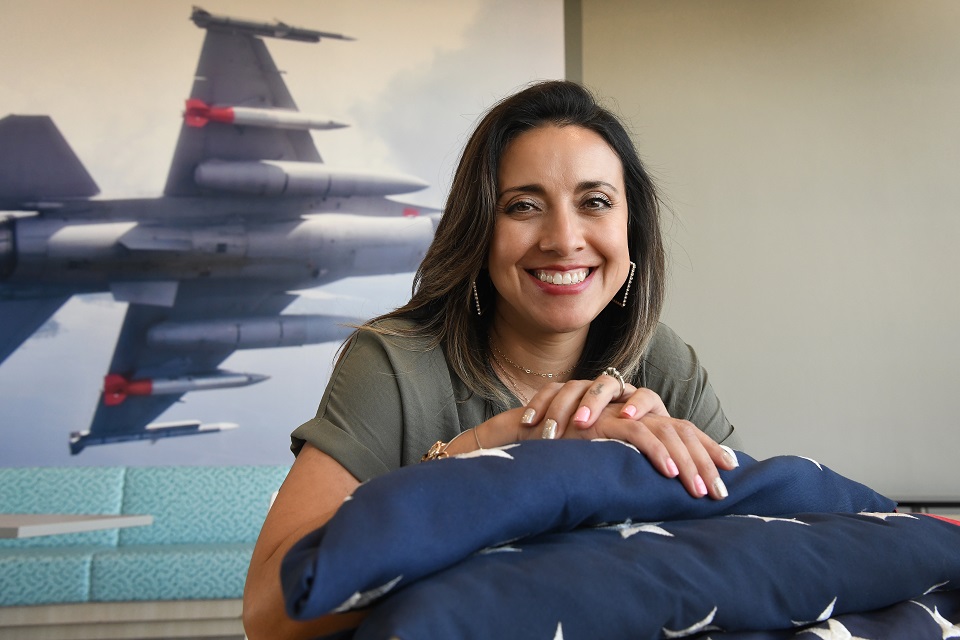 Pantexan Maria Holt was the first intern-to-employee in the SkillBridge intern program, a partnership of the Department of Defense and CNS. After 20 years in the U.S. Air Force, Holt now works at Pantex in Environmental Compliance.

More than two years ago, Pantex and Y-12 began a partnership with the Department of Defense SkillBridge internship program to help service members transition to civilian employment by spending their final six months of active duty as interns. SkillBridge interns complete a specialized training program that fits their background and career goals, as well as the partnering organization’s goals.

Since March 2020, Pantex and Y-12 have hosted 31 SkillBridge interns, and 25 of them have transitioned to full-time employment. Another 11 are currently completing internships, with nine more scheduled to begin interning soon.

Emily Graber, director of Engagement, Inclusion, and Performance, is the program manager for CNS's SkillBridge. She said partnering with DOD on the program builds the sites’ capabilities. CNS can tap into a talent pool of transitioning service members to recruit not just interns but employees who understand the foundation of CNS imperatives and values.

“The program is a wonderful opportunity for service members to easily transition into a new norm of life after their commitment to our nation during their time with DOD,” Graber said. “It is an honor to see the success of our partnership with DOD and each and every SkillBridge intern as they continue their service to our nation in a slightly different capacity.”

Maria Holt at Pantex was the first SkillBridge intern to transition to full-time employment through the CNS program. She retired from the U.S. Air Force in August 2020 after 20 years of service in bioenvironmental engineering. By then, she had already completed her internship and was hired by Pantex Environmental Compliance as an environmental science specialist.

The goal of SkillBridge is to ensure that service members have employment set up well in advance of their military departure. Holt said her transition process began two years before she left the military. She selected Pantex for its proximity to her hometown of Dumas, Texas, where her husband is a police officer, as well as for its patriotic mission.

“It’s been a good transition,” Holt said. “DOD and DOE are similar in how they manage, so I still apply the ideals of teamwork and completed staff work. I just don’t have to wear a uniform anymore.”

After spending 29 years in the U.S. Army, Jay Aspray is now the recruiter for all SkillBridge interns at Pantex and Y-12. Aspray said he was able to quickly align his vast military experience to the Y-12 mission.

“The benefits of the program are significant in that it allowed me to be fully operational by the time my internship was complete, so I could immediately begin providing Y-12 with meaningful and impactful work once I was hired full time,” he said.

John Toliver III spent 14 years in the U.S. Army before deciding to take another path, becoming one of the first three SkillBridge interns. He is now the program manager for U.S. Special Operations and Interagency Partnerships. He said learning the language and culture of Y-12 reminds him of learning to speak Arabic to better understand the culture of his partner forces.