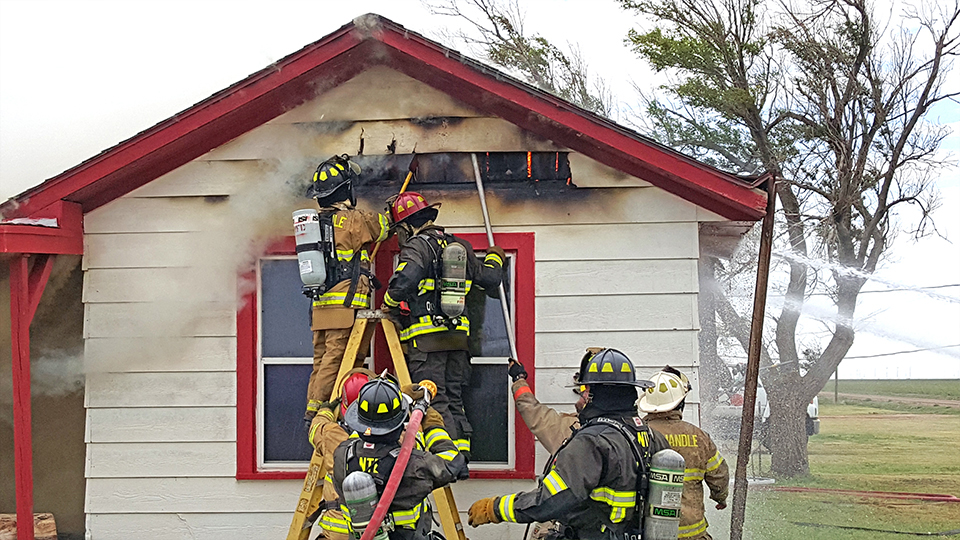 The Pantex Fire Department is ready to serve Pantexans 24/7/365. But did you also know they also respond to requests for mutual aid in the communities surrounding Pantex?

That’s right. The Pantex Fire Department (PXFD) averages 52 calls per year from agencies in the surrounding communities for not only assistance with wild land fires, structure fires, and motor vehicle accidents, but also with medical assistance with the Pantex ambulance.

“The fire department averages 26 responses for structure fires, wild land fires or motor vehicle accidents and 26 responses for medical assistance with our ambulance per year,” Pantex Fire Captain Sean Fox said. “We can and have responded to rescues in Palo Duro Canyon with our rescue team.”

According to Pantex Fire Chief Mike Brock, the PXFD responds to one or two requests for mutual aid per week, but they are currently seeing an increase in the number of requests due to the declining number of volunteers available in the surrounding communities.

“Other than Amarillo, the fire departments in the communities around the plant are all staffed by volunteers, and many of them struggle to have enough responders, especially during the day,” Brock said.

A recent example of mutual aid was a call for a house fire in Panhandle, Texas, on Saturday, February 23. The Panhandle Fire Department had only two volunteers respond to the call and PXFD responded to a request for mutual aid to assist in the structure fire.

“My husband and I were the only ones that showed up for our fire department and were a little anxious about that situation,” Bonnie Whitehead said. “When the guys form the Pantex FD showed up, they immediately jumped into action. All the guys fought tirelessly to try and save the home. The Pantex FD is always willing to aid the Panhandle FD in any situation and it is greatly appreciated.”

The Battalion Chief on shift each day makes the determination of when the PXFD will respond to a mutual aid request, but the plant always remains the department’s primary responsibility.

“We respond as long as we can still support plant operations when responding off plant site,” Captain Fox said.

In addition to full-time firefighters, the PXFD utilizes a Fire Department Support Team (FDST) made up of volunteers from across the plant. These volunteers are not trained for interior firefighting, but provide support for most other aspects of the fire department operations on an emergency scene.

“They may be called up to assist in a mutual aid wild fire response if the need arose and they were able to respond,” Fox said. “There is not a requirement that they have to respond, but when notified they respond when they are available and on plant site.”

The Fire Department’s mission is “Caring for People” and according to Chief Brock that includes not only Pantexans but also the local communities.

Captain Fox echoes those thoughts and says PXFD’s willingness to assist neighbors gives them an opportunity to learn from one another.

“I feel that it is our responsibility as community neighbors to assist when we are needed,” Fox said. “We can bring resources (equipment, trained personnel, and apparatus) that they may not have access to without our support. By meeting with and working with them they also become more comfortable to assist us on site should the need ever arise.”

The PXFD is staffed 24/7/365 with firefighters working 24 hours shifts.

“Just like Security, our department is staffed and ready to respond at any time,” Chief Brock said. In addition to responding the emergencies on plant site and assisting with mutual aid requests in the surrounding communities, the PXFD also supports other functions within the plant. 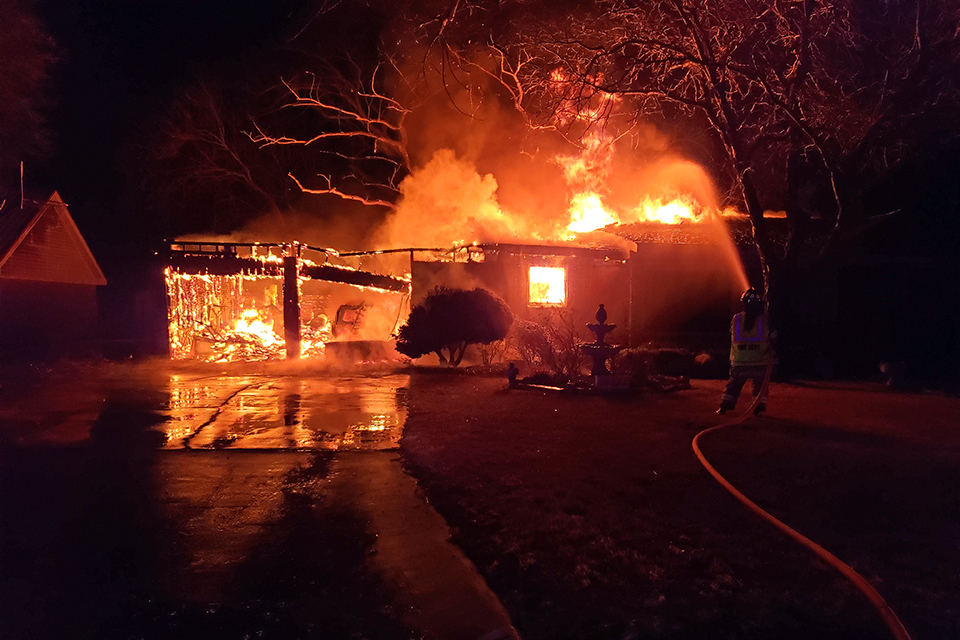