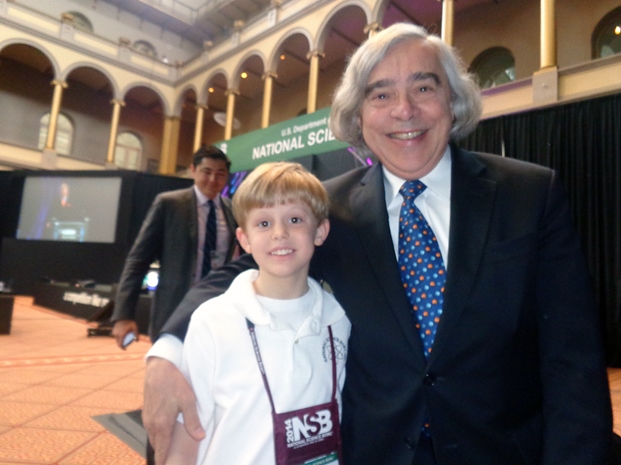 When B&W Pantex Science Bowl Coordinator Debra Halliday decided to take her 9-year-old grandson with her to the national Science Bowl competition in Washington DC last month, she thought he would have a memorable trip, but she didn’t know just how memorable it would be.

Halliday said her grandson, Griffin Koehn, was with her during the awards ceremony when Secretary of Energy Ernest Moniz was congratulating the winners and presenting trophies. As Moniz exited the stage, he stopped for a moment to talk with Griffin and posed for a photo that will no doubt become a cherished memento.

“Secretary Moniz was so gracious,” Halliday said. “He shook hands with Griffin, and Griffin said to him ‘When I grow up, I want to be a scientist just like you.”

Halliday said her grandson enjoyed being a runner during the competition, as well as visiting some of the historic sites in Washington. But getting to meet the secretary of energy was the best part of the entire trip.