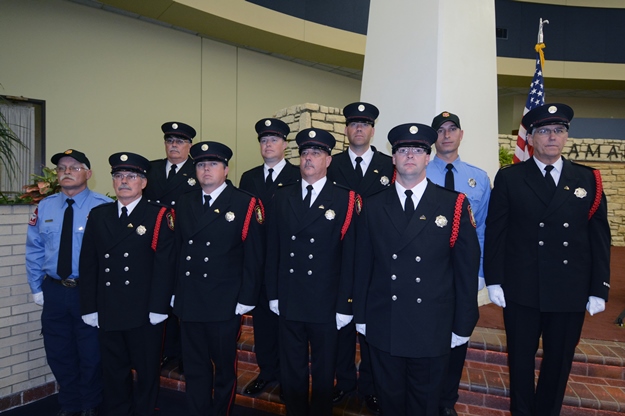 Last October, several of these Pantexans opted for more extensive training with the National Honor Guard Academy class hosted in Amarillo by Potter County Fire and Rescue. Ten members of the Pantex Fire Department (PXFD) Honor Guard and five SPOs graduated from the class after six days of rigorous training.

Attending the National Honor Guard Academy training sparked interest in creating a Pantex SPO Honor Guard and provided an opportunity for the PXFD Honor Guard to improve and formalize its already established procedures.

“We started looking for a standardized way to do things like in the military,” said Donovan Morgan, PXFD battalion chief and Honor Guard member. “We wanted to be able to blend into ceremonies with other first responders.”

Members of the PXFD established the Honor Guard in 2011 to show respect and compassion to families of fallen firefighters and law enforcement personnel. They developed their own operations manual, flag and uniform, which Morgan is quick to point out has no rank insignia.

“We might have different ranks in our day-to-day work, but there is no rank in the Honor Guard. We all come together to honor our fallen brother or sister,” Morgan said. “It’s not about us. Our main goal is to show respect to the family.”

The group offers fire service funerals at three response levels based on the nature of the death, and occasionally provides flag and color guard presentations for other official ceremonies.

In addition to supporting Pantex and local area memorial services and official ceremonies, the PXFD Honor Guard also travels on their own time and at their own expense to support services honoring first responders killed in the line-of-duty across the country. They have traveled as far as south as Houston and as far west as Prescott, Arizona. Each September, they even attend a ceremony at the International Association of Fire Fighters Fallen Fire Fighter Memorial in Colorado Springs.

Jody Baker, a Pantex firefighter/paramedic who died in a off-duty vehicle accident December 25, 2011, was very instrumental in organizing the PXFD Honor Guard. After Baker’s death, they were filled with a greater sense of duty and pride.

What began as a way for Pantex firefighters to honor fallen first responders and their families has become a living tribute to one of their own. 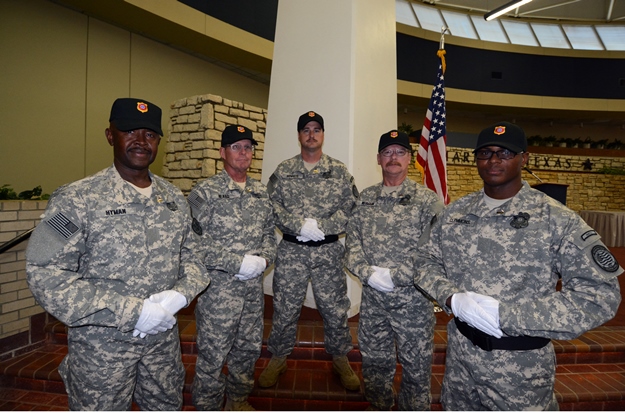