Pantexans named to Top 20 under 40

Congratulations to Pantexans Christopher Whitmer and Ryan Johnston who were recognized by the Amarillo Chamber of Commerce as members of the Top 20 Under 40.

The award is given annually to area early career professionals who demonstrate professional excellence and bring value to the Amarillo business community. 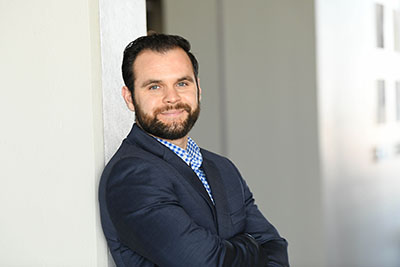 Whitmer has worked at Pantex for more than 5.5 years and is a registered professional engineer in the state of New Mexico. He graduated from New Mexico State University with a bachelor of science in civil engineering and a master of science in industrial engineering.
“I’m very proud to have won the award, and I’m proud to represent CNS in doing so,” Whitmer said.

Currently, Whitmer is on a rotational assignment with Enterprise Independent Assessment Program as a lead assessor. In this role, he establishes the necessary technical competency to adequately and effectively assess engineering-related activities at Pantex. Whitmer was the founding chairman of the Pantex Outreach and Leadership Organization (POLO), an early career professional organization for employees in STEM fields. POLO focuses on career development, networking, community service, and teambuilding principles.

He encourages early career professionals to show initiative and get the job done.

“Take it upon yourself to learn as much as you can from your peers. Also, make opportunities for yourself. Really show leadership that you want to be here and continue to learn and you want to continue to succeed,” Whitmer said.

His peer and co-honoree Johnston is a Small Business Program manager in the Socioeconomic Programs Office at Pantex. He is responsible for establishing relationships with local and national small businesses, assisting development of bid lists, and encouraging and increasing small business participation. He holds a B.A. in supply chain management from Brigham Young University-Idaho. 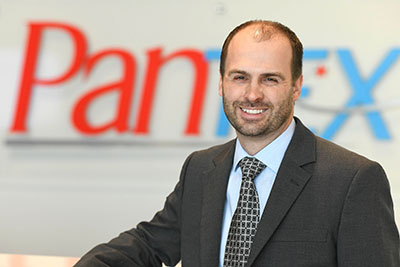 Johnston’s most recent accomplishment is the establishment of the first mentor-protégé agreement for CNS at Pantex. Working with small businesses allows large organizations to provide guidance, training, and business development, allowing the small companies to grow and eventually compete with larger businesses for federal contracts.

“Just because you have a degree or higher education in one field doesn’t mean don’t try something else. I always thought I would be designing how to roll product from one shelf to another shelf because that’s what my degree was in,” Johnston said. “I don’t do that now, and I love what I do, and I’ve done a lot of different things. Everything I’ve tried has built my knowledge a little bit more. So instead of just a small piece of what the supply chain needs, I can see a wider view of it, and it’s really helped me out.”

Johnston had a mentor who has influenced his career and the advice he received has stuck with him throughout his career.

“When I was at Hanford, I had a wonderful mentor, Ian Petterson. He taught me to chase ideas. When we would go to staff meetings, no matter who would ask the question, he would always say, ‘Ok, let’s think that through,’ and we’d think through every step. He taught us to sit back and think about it from a different angle, think about it how someone else would think of it. That has changed the way I’ve viewed things. It’s the best advice I ever got.”

To be eligible, along with being under the age of 40, the candidates must be employed in the area for at least three years, and in the same field, though not necessarily at the same businesses. Nominations were received through the Amarillo Chamber of Commerce website, and the winners were selected by judges who reviewed nominations and picked the top 20 award winners as up-and-coming Amarillo professionals who are standouts in their professions.