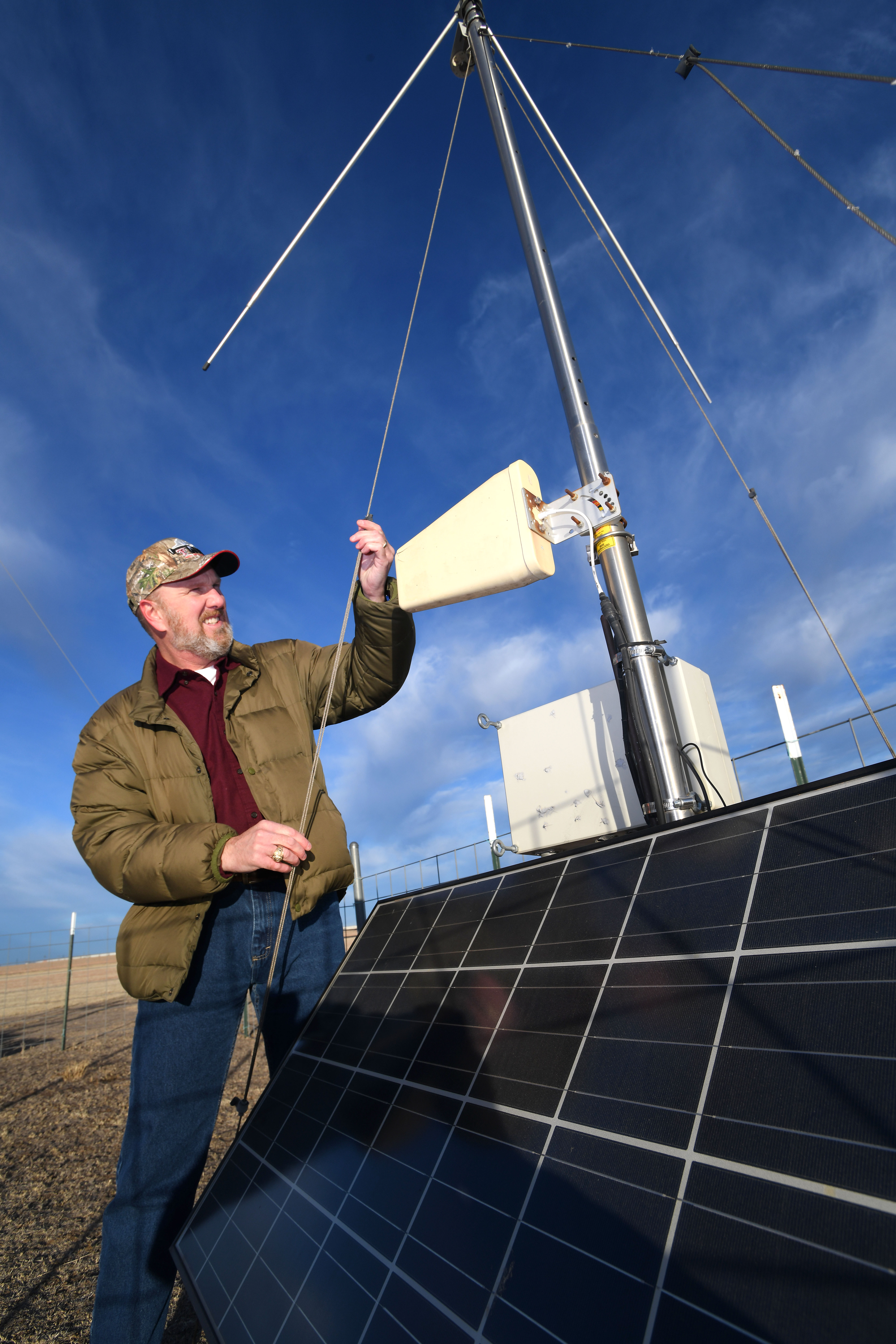 Pantex Staff Meteorologist Steve Kersh checks out a MesoNet weather gathering site that will soon be utilized across the region to supply Pantexans and Emergency Management staff with updated, real-time weather information.

What’s the temperature outside? How much rain has fallen? Those questions may appear to have easy answers, but at Pantex where the closest official meteorological station is located at the Rick Husband International Airport, accurate answers can vary greatly over the 16-mile difference.

Our weather can and does change quickly; it may be raining here at Pantex, while less than a mile away, the sun is shining. We can gather real-time weather information from our few weather stations, but access to the data may be limited or not available to everyone due to security measures. That’s all about to change.

Pantex is scheduled to have a West Texas MesoNet site installed just east of FM 2373 within the next few months. The site will be an official meteorological station, updating every five minutes. It will provide the usual readings such as temperature, humidity, rainfall, wind direction and speed, and barometric pressure, but readings will also include soil temperatures and moisture, solar radiation information, red flag fire danger index, and wind data from three different heights: 6.5, 20, and 30 feet. All the instrumentation will be classified as official by the World Meteorological Organization.

“I think it is important to have an official meteorological station for many reasons,” said Pantex’s newly hired staff meteorologist, Steve Kersh. “Primarily, Pantexans will be able to view current conditions at work before they leave their homes. Secondly, the data from the Pantex West Texas MesoNet will be readily available online. No matter where you are, you will be able to see Pantex weather conditions anywhere, anytime.”

The data will also be a benefit to Emergency Management and the Pantex Fire Department, which will now have a way to measure the “Red Flag Index” of vegetation here on site.

“In addition to employees being able to see the weather condition, the Pantex Fire Department will now have five-minute updates throughout the day on the ‘Red Flag Threat Index,’ which measures the fire danger instantly, thanks to the MesoNet’s constant monitoring of soil moisture and temperature,” Kersh added.

With the ongoing Texas Panhandle drought and the upcoming fire season, the information is invaluable. Knowing how much it rained and the current temperature compared to what is predicted down the road will also be useful to groups monitoring storm water runoff, environmental impacts, and meteorology.

Additionally, the Amarillo National Weather Service office is excited about the future Pantex West Texas MesoNet. Due to our proximity with official equipment, the Pantex site will be their backup site should their equipment fail.

Whether at home, traveling to work, or halfway around the world, employees will be able to access the Pantex MesoNet data via the West Texas MesoNet app, which can be downloaded for free in the App Store for Apple devices and in Google Play for Android devices, or simply by going to the West Texas MesoNet site. 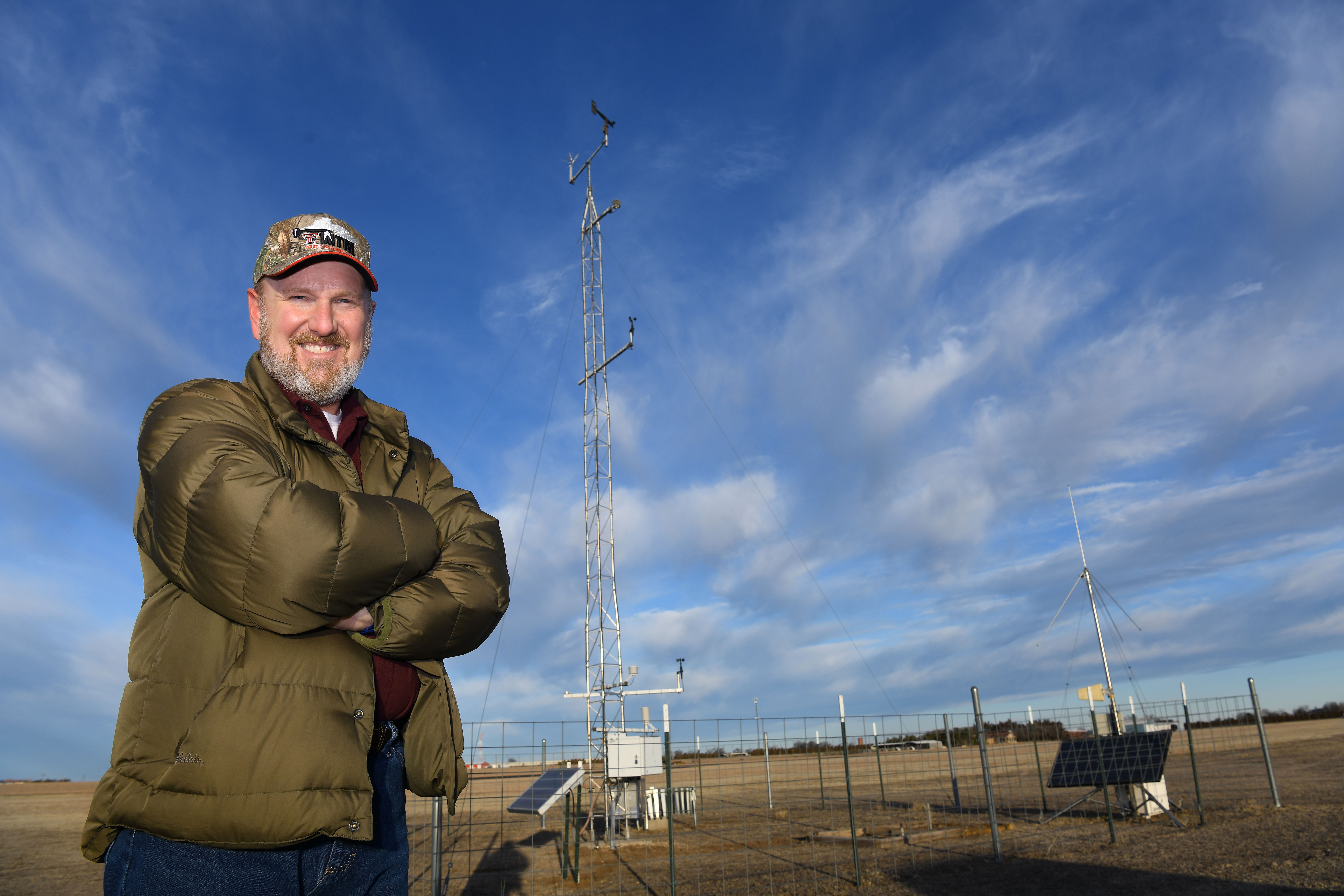