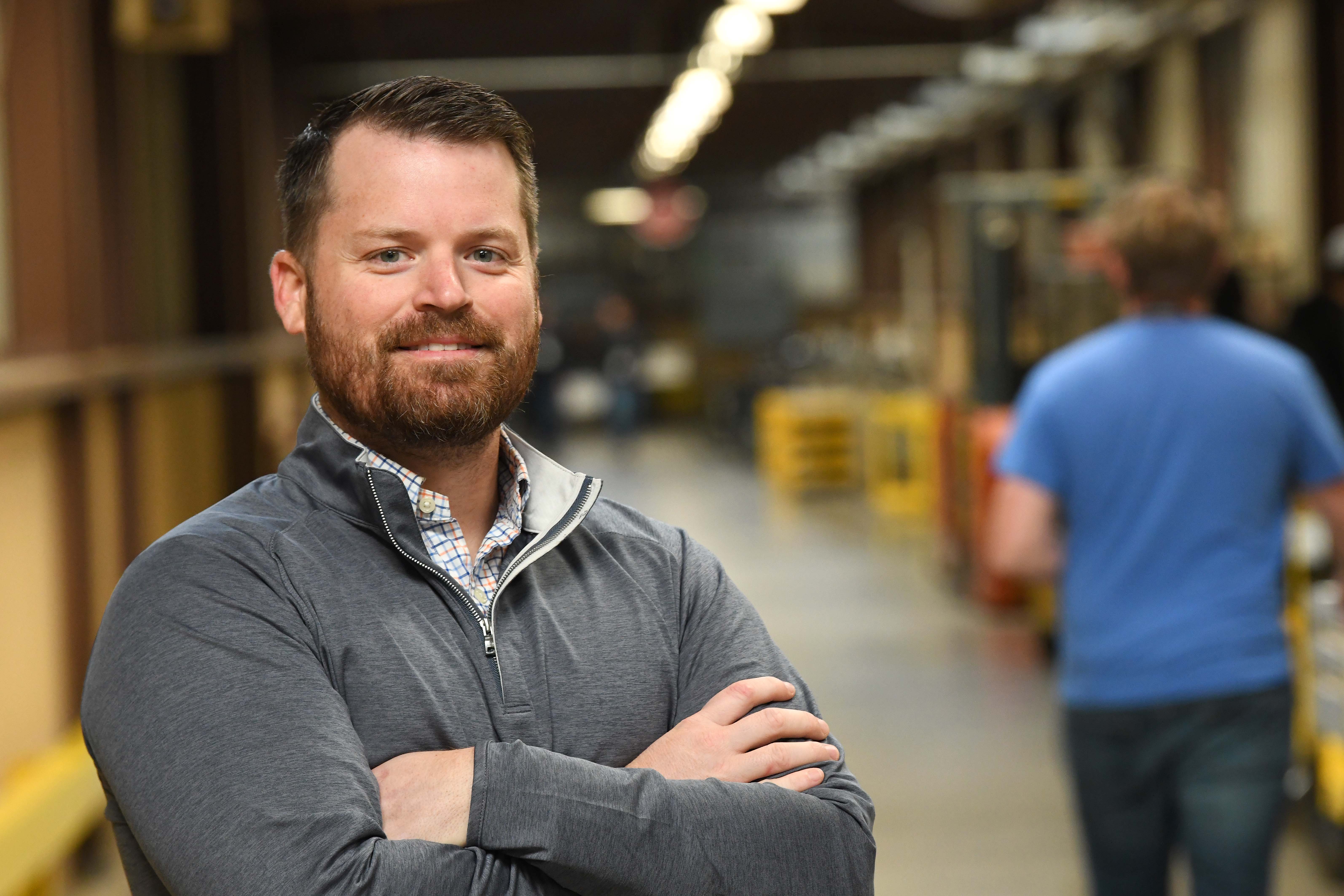 Take five minutes and learn about CNS's James “J.D.” Harris, production manager at Pantex. All views and opinions are the employee’s own and do not necessarily reflect those of CNS.

The work that James “J.D.” Harris has done in his career has often run parallel to the Pantex mission, but they did not intersect until 7 years ago.

Growing up, the Amarillo native wanted to be a youth minister, but after graduating high school, he joined the U.S. Air Force and served 6 years of active duty as a munitions systems specialist, a choice that forever changed his trajectory.

“That line of work seemed to fit perfectly with the Pantex mission,” he said. “It gave me a different perspective on how I thought about my path in life. I was excited about the things I got to be a part of in the Air Force and I wanted to continue that after separating.” Harris still serves as a member of the Air National Guard.

After earning a degree at Texas State University in San Marcos, Texas, he applied at Pantex.

“Pantex was always in the back of my mind, but as I began to pursue it as my career, I did not believe it would be a reality,” Harris said. “The initial phone call for an interview is one that I will always remember.”

Why are you mission success?
I’m not sure that I, alone, am “mission success,” but I’ve certainly been a part of several teams that could be considered that. No success that I have ever obtained has been done by my hand alone.

What advice would you offer to veterans joining Pantex’s efforts?
Although there are lots of similarities between a life in the military and a life as a Pantex employee, the thing that a veteran shouldn’t expect is that they are one and the same.

Sometimes it was difficult for me, in the beginning, to see this as a civilian job, but that’s what this is. Demands from Pantex’s customer often change. Major projects come to an end, and a new goal is established and executed. In the military, the demand never changes. The goal never really changes.

A veteran just beginning at Pantex should be prepared to experience change.

As an employee, what do you want to be remembered for?
I want to be known as someone who could achieve success while being dedicated to my employees and to the mission. There is balancing act that is needed to ensure the mission of Pantex is met, while also ensuring your employees work in a healthy environment.

If I can be known as someone who was able to achieve that, then I’ll be happy.

I communicate with my team, with my management, and with all support organizations regularly.

What is your top bucket list item?
To live long enough to see the Cowboys win another Super Bowl. I’m running out of time.