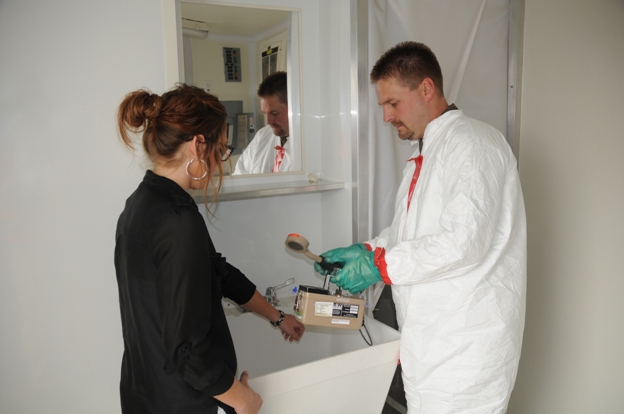 In 2012, the search began for ways to improve the emergency response capabilities of the Pantex Radiation Safety Department with a mobile decontamination trailer. The purchase of a new trailer through the U.S. General Services Administration was approved at a cost of $122,000, but B&W Pantex kept searching for a less expensive alternative.

The search led to an available trailer already at Pantex that was in critical need of repair. After a lengthy search, employees from the Radiation Safety Department found a local business that could refurbish the trailer for $23,000.

The trailer is fully equipped with four showering units, water supply, self-contained waste handling, two 80-pound propane tanks and its own generator. It is intended for use in decontaminating victims in the unlikely event of a radiological or chemical accident. The trailer is currently slated to be used to decontaminate victims prior to moving them into the site’s medical facilities, but it remains mobile and could be used in other locations.

Through innovative thinking and a willingness to look for new solutions to existing problems, B&W Pantex personnel improved the radiation safety capabilities of the site while utilizing a local small business to control the cost of the project. 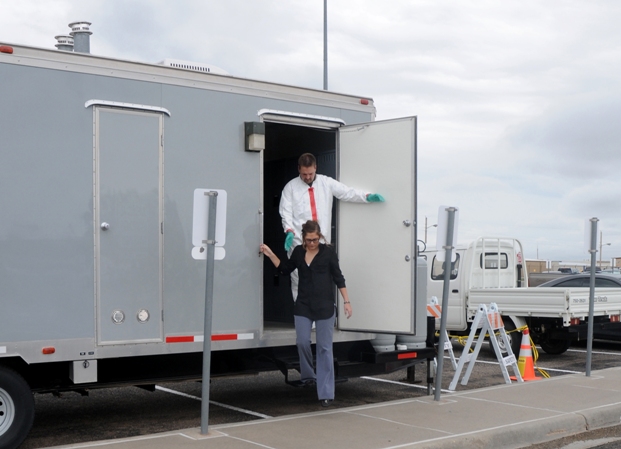