While NUWAIX is held annually, hosting responsibilities rotate between DOJ, DOD and DOE, with DOE/NNSA leading every five years. The purpose of the exercise was to strengthen the ability of all involved to respond to the national, regional, and local effects of a scenario involving a nuclear weapon-related incident. The last DOE-led NUWAIX was in Grand Junction, Colorado, in 2014.

Daniel Gleaves with Pantex Emergency Services said, “The visibility provided by this exercise allows us to demonstrate our ability to respond to an emergency, builds confidence from DOE in the Pantex plant and our response capabilities.”

This year’s simulated scenario was incident-based (meaning an intentional act) and gave the participating agencies a chance to put their skills, procedures, postures, communications and coordination to the test. While the plant took protective actions, the Emergency Response Organization members from Pantex and supporting staff from Y-12 played their part on the scene, at the Emergency Operations Center, and the Joint Information Center. The plant was prepared for and received the deploying members of the Nuclear Emergency Support Team’s Accident Response Group to address the technical aspects of the scenario.

“At Pantex, you have a great emergency infrastructure here and you folks know that you are dealing with one of the most sensitive activities in the national nuclear enterprise,” said Jay Tilden, Associate Administrator and Deputy Undersecretary for Counterterrorism and Counter Proliferation. “There’s a certain level of safety here and procedural control that is exceptional. So, the idea that we would even have an accident is pretty low.”

“The NNSA must always be prepared for an emergency of any kind,” Tilden said. “Going through an exercise like NUWAIX 2019 is critical because it’s a complicated scenario requiring a lot of moving parts. And if we don’t exercise it, we may not be ready.”

There were approximately a thousand participants in the exercise, including hundreds of controllers and evaluators. Carson County Judge Daniel Looten, who participated in the exercise, said over the years he has come to know the Pantex emergency personnel through monthly meetings and mutual aid events.

“That trust and bond exists. I’m very secure to know that my citizens in Carson County are being very well protected and the people out here at Pantex do all they can to keep us safe,” Judge Looten said.

Throughout the exercise and tours, visitors were impressed with Pantex’s emergency preparedness. The objective of the event was met in that it gave the teams a chance to determine best practices and possible improvements.

For more images of NUWAIX 2019, see the Pantex Facebook site. 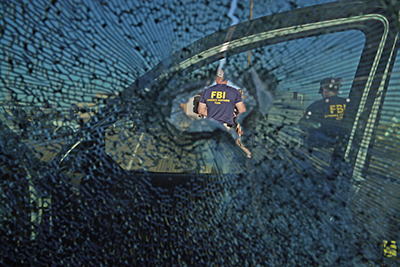 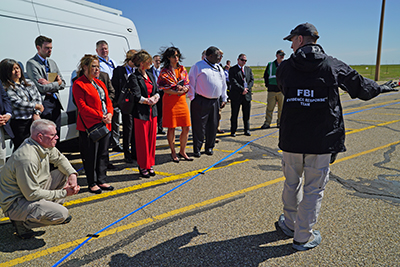 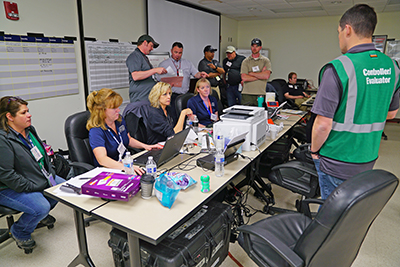 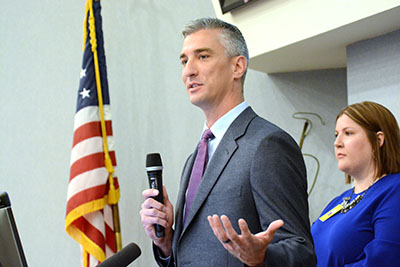