Pantexans Run and Ride Against Hunger

Pantexans again hit the road Friday, December 7, to raise awareness about hunger in the Texas Panhandle during the second Pantex Run Against Hunger. Byron Logan, an officer from the Pantex Safeguards and Security Division, escorted by four coworkers and a Bearcat armored vehicle, made a 40-mile bicycle ride from Pantex to Panhandle schools and then to Highland Park schools. While at the schools, the Pantexans encouraged the students to support their schools’ food drives and the importance of giving to those who are in need. The students then had an opportunity to explore the Bearcat.

At Highland Park schools, four Pantexans took to the road for a 20-mile run to the High Plains Food Bank’s food drive collection center in Amarillo. Other Pantexans and family members joined them along the route. A group of Pantexans meet the runners at the food drive finish line, where they presented a $4,300 check to the food bank. The donation was from Pantex employees to support the runners.

The Pantex runners were Logan, Randy Stokes, Cliff Cawthon and Sherry Philyaw. Darla Fish joined them for the last five miles of the run.

“We wanted to do something to help people in our community who are struggling,” Logan said. “We run long distances, and we wanted to use that skill to raise awareness about hunger in our area.” 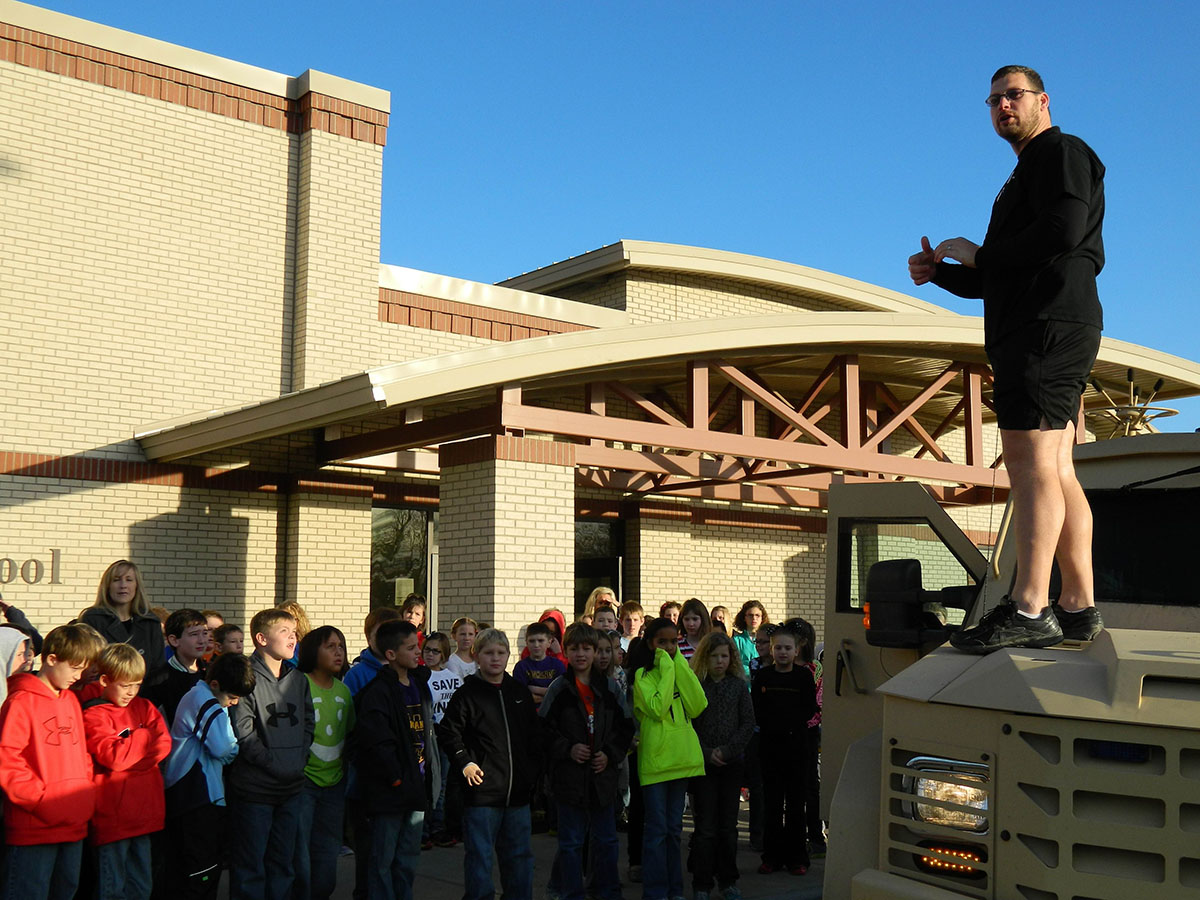 Tags:
Run and Ride Against Hunger