I am mission success: Richard Tighe 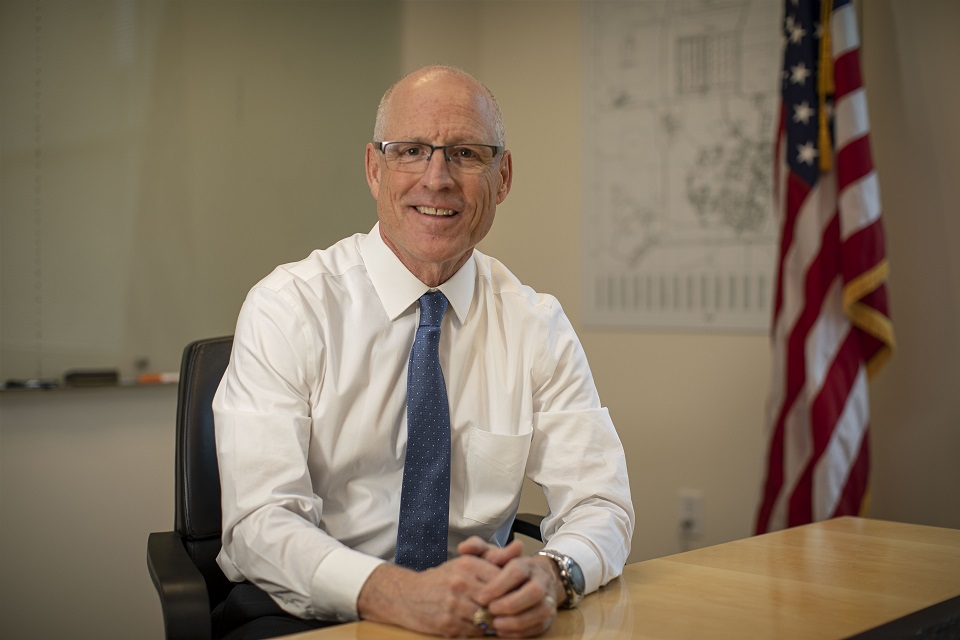 Take 5 minutes and learn about Consolidated Nuclear Security’s Richard Tighe, president and chief executive officer. All views and opinions are the employee’s own and do not necessarily reflect those of CNS.

“Everybody plays a part on the team,” he said. “In football, you might have to wait until your senior year to play, but the contributions you make to the team while you wait your turn are important.”

Tighe is taking advantage of the extensive knowledge of the CNS team.

“There is tremendous knowledge and experience at both sites; by working to be inclusive, I’m able to use this to the best advantage in informing decisions,” he said. “I’m new to CNS, but even the most experienced person at Pantex or Y-12 can’t be an expert in all aspects of our work or the sites. Getting input from other people helps all of us take advantage of the full expertise available.”

Before joining CNS, Tighe served in roles with Bechtel and Lockheed Martin, and he is no stranger to the Nuclear Security Enterprise, having spent more than a decade at the Nevada National Security Site. Tighe was also a postdoctoral fellow in the Nuclear Science Division of Lawrence Berkeley National Laboratory at the University of California.

“Coming back to NNSA is like coming back to my roots,” he said. “It takes me back to my foundation in nuclear physics, which helps me understand the mission of both sites and how it fits into the broader Nuclear Security Enterprise.”

What daily task lets you know you’re helping achieve the CNS mission? How/why does that task let you know you’re working toward the mission?
No two days have been the same, so far. Meeting and talking to employees during tours and all hands meetings helps me to put their work in the context of the bigger picture of our mission.

How does patriotism factor into your life?
Patriotism becomes most meaningful to me when I think of the role the U.S. plays with our allies and adversaries around the world. It’s rewarding to be involved with such an important purpose and mission.

What one thing would your coworkers be surprised to know about you?
When I was a postdoctoral fellow in the Nuclear Science Division of Lawrence Berkeley National Laboratory, I was the lead investigator for the work involved in the discovery of Sb 105 (antimony 105), a nuclear isotope along the proton drip line that has implications for nucleosynthesis. I proposed and planned the experiment, analyzed the data, and wrote the journal article.

What’s your favorite outside of work activity?
When we lived in Maryland, my daughters were involved in high school sports and also played on travel teams. My wife and I enjoyed traveling to their games and tournaments. My daughters and I had a tradition of running in a Turkey Trot every Thanksgiving. While I seldom run in 5Ks or other races these days, I typically run four times each week. I also really enjoy watching college football, particularly watching and attending Notre Dame games.