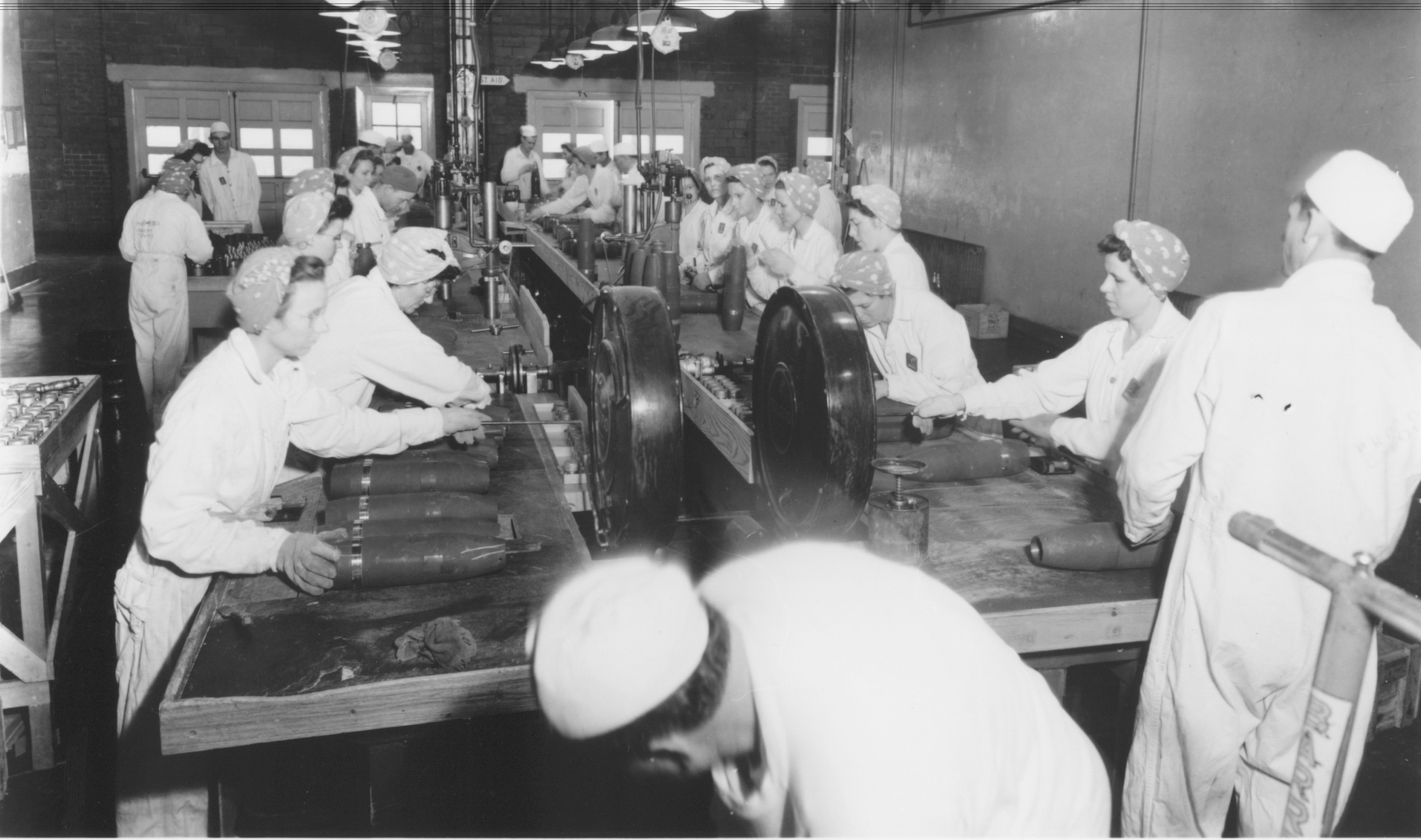 The Pantex Ordnance Plant began production September 17, 1942, and it was one of more than 70 such facilities in the United States. This year marks Pantex’s 80th anniversary.

The year began with the fall of Manilla to Japanese imperial forces, German Gen. Erwin Rommel’s freshly reinforced troops running roughshod across Libya, and the first American forces deploying in Ireland to defend a weakened, war-weary Europe. At home, the need for ordnance to support the war effort was urgent. Bombs and artillery were falling faster than stockpiles could be replenished.

Against this backdrop, the Pantex Ordnance Plant began production September 17, 1942, one of more than 70 such facilities in the United States, and the last of 14 in Texas alone. The remainder of the war was a frenzy of production until, on August 16, 1945 — exactly one day after Japan’s unconditional surrender — the plant closed.

Katie Paul, Pantex historian, explained the Cold War that erupted out of the ashes of World War II persuaded regulators to reopen the plant in 1951 and brought rapid change across the thousands of acres that comprise the site.

“With the re-allocation of resources throughout the Cold War Nuclear Weapons Complex, Pantexans have interacted with people from all over the United States at various sites to. . .serve and protect our nation,” she said.

The burgeoning nuclear era of the 1950s and ’60s brought new facilities and a growing plant staff. Among all the new faces in 1965 was Linell Carter, then a fresh graduate of Palo Duro High School in nearby Amarillo.

“When I came, Pantex was like a big family,” Carter smiled.

Behind the family atmosphere, she explained, was a commitment to help each other out in good times and bad. Concerned about going to full-time work right out of high school, Carter found her new employer ready and willing to facilitate both career and education, paying for her to attend night school. That same familial bond extended to life’s inevitable hard times, too.

“When someone had a tragedy, we’d all jump in and help,” she said. “We did lots of things together on weekends. It was a fantastic job, particularly the unity and being a part of the community out here.”

“The workforce here is above the average level,” he said.

Where Carter began her career in human resources, Boothe applied his experience with the Army to an assembler operator (now production technician) position. From his perspective, the secretive nature of the work was a driving force behind the strong sense of camaraderie.

“When I hired on in February 1970, the public — including me — had no idea what the mission for Pantex was or what we manufacture,” he said. “The ability to exchange ideas and opinions is welcomed here and contributes to the success of our site.”

Of course, no small part of the deep fellowship and actual mission accomplishment lies with the bargaining-unit employees. According to Tonya Detten of Labor Relations, eight decades of continuous product improvement has brought many changes to Pantex, which in her world means changes to labor contracts.

“Back when the ProForce was added, it would’ve been like a police force contract,” she said, adding that today’s unions are quick to keep up with the unique purpose of Pantex. “[Today’s contract] is very specific to what they guard . . . It has evolved. As the world changed, we had to change with it.”

And, change the world has.

“Pantex is constantly analyzing how things are done and striving to find methods to accomplish tasks in a more efficient and safer way,” Boothe said.

That pattern of accomplish-analyze-improve creates an environment of constant growth and improvement.

Paul speculated the rapid rate of change, largely owing to the technology necessary for the job, would be a marvel to the workers who first occupied the Pantex site during WWII.

“From a historical perspective, one of the most notable changes has been the embrace of technology,” she said. “For many years, we were working with systems that became antiquated so quickly due to the rapid rate of technological advancement in the work that Pantex completed. Technology related to our mission is still advancing at a fast rate, but we are much better at keeping up and improving systems in the present day.”

That is only logical; improving systems is at the core of the Pantex mission. Since 1975, the site has been the nation’s primary assembly/disassembly, refit, and modification facility for its nuclear weapons stockpile. And, like any community, Pantex is constantly growing and changing.

“During the ’80s, they ramped up things for sure,” Detten said. “We’re at hiring levels we haven’t seen in decades.”

That increased staffing contributes to more than increased capacity and efficiency. It gives a new generation of Pantexans the sense of accomplishment and patriotic pride that kept Carter here much of her adult life.

“I love Pantex. I love what we do, what we stand for. I love that we can contribute something and protect America.”

See photos of Pantex throughout the years in this Pantex 80th Anniversary video.