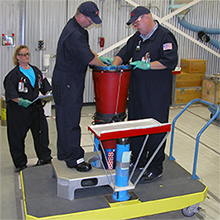 Seventy years ago this September, the first 500-pound bomb came off the assembly line at Pantex in Amarillo, Texas. And though the Plant’s mission has changed from weapons production to protection and preservation, the job of Securing America is as important today as it was in 1942.

A constant over time is the dedication of the Pantex workforce. Longevity speaks volumes, and the average tenure at Pantex is 15 years. This is high, according to a 2012 report from the Federal Bureau of Labor Statistics, because the manufacturing industry as a whole averages
just six years of service.

Malcolm Clack, Applied Technology specialist, holds the lowest-number identification badge, a designation meaning he’s worked at Pantex longer than any other employee. The history of the Plant through his eyes underscores the mystery of the mission.

When Clack came to the Pantex Ordinance Plant in 1958 as a guard, he worked three months while waiting for his clearance. During that time, nobody talked about what went on at the Plant. When his security clearance finally came through, Clack’s supervisor asked him to patrol an
area where he previously did not have access. Because no one was available to show him where to go, he was given a hand-drawn map.

On entering the first cell on Clack’s new patrol route−by himself at 2 a.m.− he clearly remembers the eerie hum of the air conditioner. And then he spotted it. Though he wasn’t sure, what little Clack knew about nuclear weapons led him to believe he’d encountered one first
hand. Most surprising, he said, was that nobody had spoken a word about it.

“After I got my clearance, coworkers began to talk. All I knew was that I was here to do a job, whether it was ‘making soap’ or bombs,” Clack said. “People do good work at Pantex and it’s something that the country needs. I feel like we’re protecting the country so people
won’t mess with us.”

Administrative Specialist Linell Carter holds the distinction of being the woman with the lowest badge number at Pantex. Though her service time includes a break, Carter is in her 26th year. Over the years, she held various positions, but among Carter’s favorite was her
role as union steward in 1967.

“The life-changing things that the union was able to accomplish were very exciting,” Carter said. “We were able to get equal treatment for minority races, to kind of slow down sexual harassment, women to be able to have any job and pay just like the men, men to be able to take
leave when their babies were born just like the mother was allowed and several other accomplishments.”

During the Cold War, Carter said it was great to be a part of the protection of our country and our freedom. “The weapons that we provided gave such peace and stability to our troops that so many of them were able to come back to the U.S. to their lives here. All of it was totally
spine tingling,” she said.

Added George West, retired physicist with 42 years of service, “It cannot be denied that Pantex played a major role in winning the Cold War. If we did not do anything else, we convinced the Soviets, among others, that we had nuclear weapons, and that they were going to work
if we were forced to use them.” 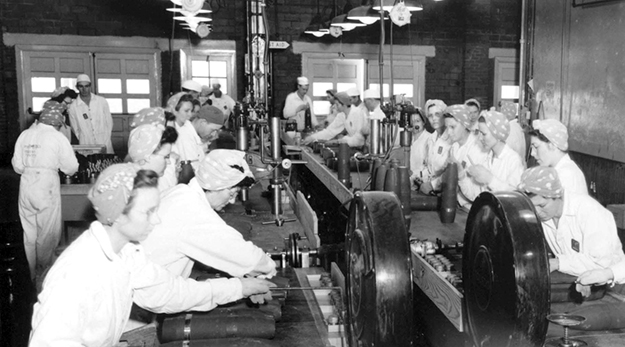