Wild Pantex - Bird of the Day: The Western Kingbird

Although the Texas Panhandle’s winter was fairly mild this year, I was definitely looking forward to spring. As a kid growing up in the northwestern corner of the area, we didn’t have mesquite trees that many south of us believe leaf out only after the threat of the last freeze has passed. The sign of spring that I watched for every year was the arrival of the western kingbird (Tyrannus verticalis). Back then, I called them "yellow-bellies" because the bird has lemon-yellow undersides. The bird is ashy-gray on top, and its tail feathers are black except for the white outer tail feathers that are especially conspicuous in flight. There was no mistaking their arrival; western kingbird’s plumage and shape is not easily confused with other birds in our area, and they are quite noisy when claiming territories and mates. In addition, they have a habit of perching on exposed wires and dead tree branches.

Aptly included in a guild of birds referred to as tyrant flycatchers, the bird is frequently observed aggressively mobbing hawks and other larger birds that it feels are a threat to its eggs and young. This behavior can include physical contact, which is quite effective in keeping aerial predators moving along. Oftentimes, kingbirds from neighboring territories join in on the chase, causing quite a commotion. This can escalate after the chase ends as the residents of the territory remind the other kingbirds that they had better be moving along. As a youth, I would often climb trees and peek in on their nests and thus have experienced firsthand the bold attacks of these birds. I can attest to the normally-hidden red crown of the head that is shown to intruders at the end of their dives. Thus, the specific part of their scientific name, verticalis, which refers to crown.

Western kingbirds are associated with open country and are distributed across the state with the exception of the Piney Woods of East Texas. They are one of the more common birds observed at Pantex and the surrounding region. Occasionally, pairs can be found nesting as close to each other as 12 meters. Western kingbird nests are constructed on shrubs, trees, utility poles, backs of highway signs, buildings, and even parked farm implements. The nest is an open cup made of grass stems, rootlets, and other plant fibers and is lined with softer material like wool, cotton, and feathers. Western kingbirds incubate two to seven eggs at a time and raise one to two broods per year.

In typical flycatcher style, western kingbirds capture their flying insect prey by jumping or flying into the air from a perch and they will also fly out and snatch prey from the ground. The western kingbird spends our winters along the Pacific coast and adjacent interior of southern Mexico and Central America. In recent years, Florida has also hosted a wintering population of this bird.

The early arrivals of this harbinger of spring normally occur during the second half of April in this portion of northwest Texas. Right on cue, the Pantex agronomist spotted a western kingbird at his house during the third weekend of the month. Although certainly a sign of spring, I held off a week or two before becoming busy with spring gardening. 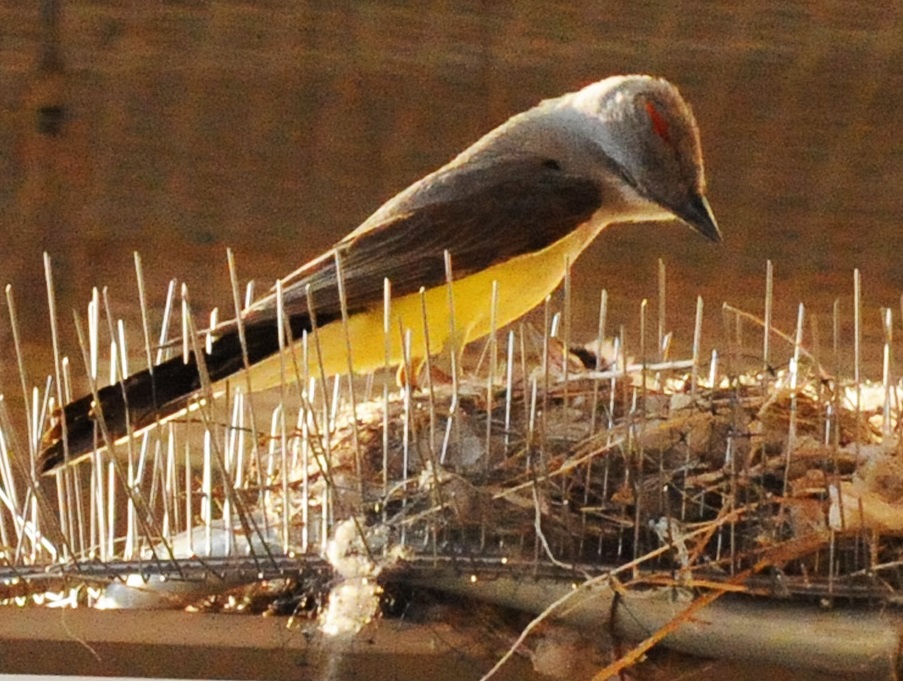 An industrious pair of western kingbirds at Pantex built their nest right on top of spikes intended to prevent rock pigeons from roosting or nesting in that location. Often difficult to see, the kingbird’s red crown shows conspicuously in this photo. 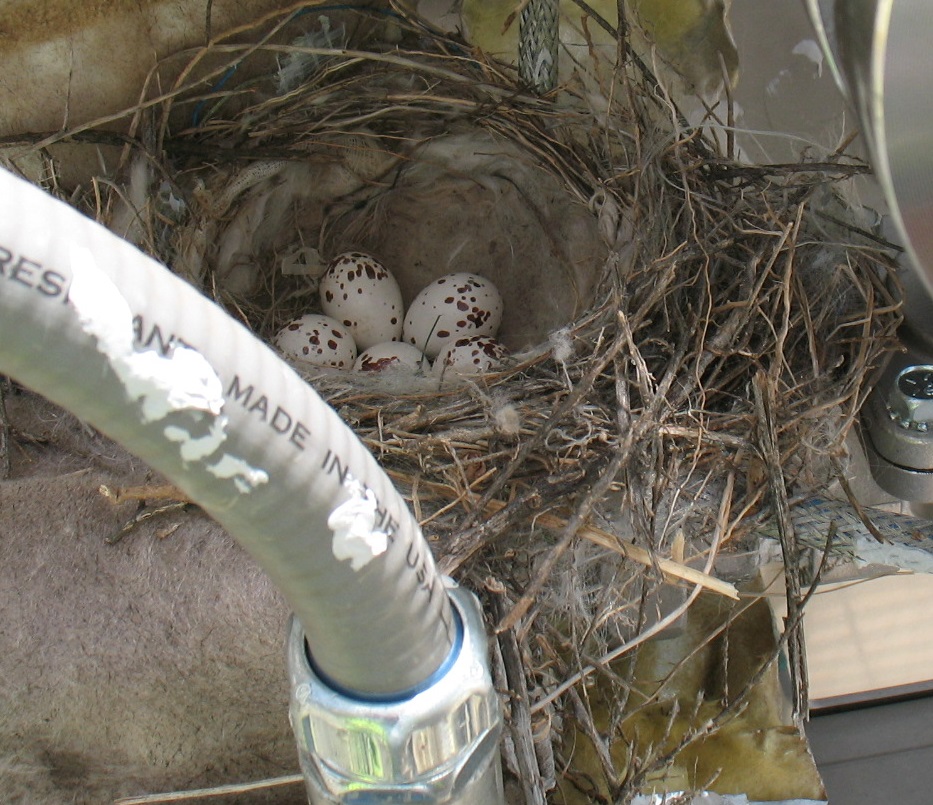 A western kingbird nest on a structure at the Pantex Plant.
Tags:
Wild Pantex