Me personally – I can walk right up to a hidden rattlesnake that I am radio-tracking and record its location with a GPS Unit. I can let a bobcat out of a trap after we have poked and prodded him.

However, that spider that I am trying to remove from the wall in the kitchen – well, let’s just say that a sudden move by the spider is likely to cause a similar reaction in me.

Macroinvertebrates are the tiniest of the noticeable Pantexans, but they are very important. Some we need because they control each other (spiders, some wasps, and others), some contribute by scavenging or recycling, while most form the foundation of the animal kingdom’s food chain.

Within my role at Pantex, it is just as important to characterize what we have in the way of macroinvertebrates as it is the larger animals. In what was the first of eleven wildlife research projects initiated over the last fourteen years at Pantex, during 2000 – 2001 we contracted with Dr. David Sissom of West Texas A&M University to survey macroinvertebrate diversity among different habitat types at Pantex. These types included shortgrass prairie, shortgrass prairie with prescribed wildlife habitat management, restored prairie, cropland, playa edge, and disturbed/impacted habitat. Some wetland invertebrate work had been performed at Pantex in the past, as had some collections of terrestrial species. However, previous work was limited to few collection techniques and habitats.

The survey documented nearly 900 species of macroinvertebrates, including two state records and a species that has only been recorded one other time in Texas. Shortgrass prairie (both types sampled) and playa edge sites, which were also within shortgrass prairie, were consistently superior in species richness than the other habitat types. The lowest species richness was found in areas kept mowed short, restored prairie sites, and grain sorghum fields, respectively. Restored prairie takes a while to develop plant diversity, and thus to begin to function as prairie habitat.

Species diversity and abundance is a pretty good indication of habitat quality. And some species like songbirds and gamebirds require macroinvertebrates in their diets, particularly their growing offspring. These same birds need the grassland habitat for nesting cover.

In closing, not only did this project produce data for Pantex, it also gave students experience with working in the field, and produced data that has been shared with the scientific community. To date, one technical note and one book has been published from this work. It has also been included in presentations at meetings that summarize Pantex research. 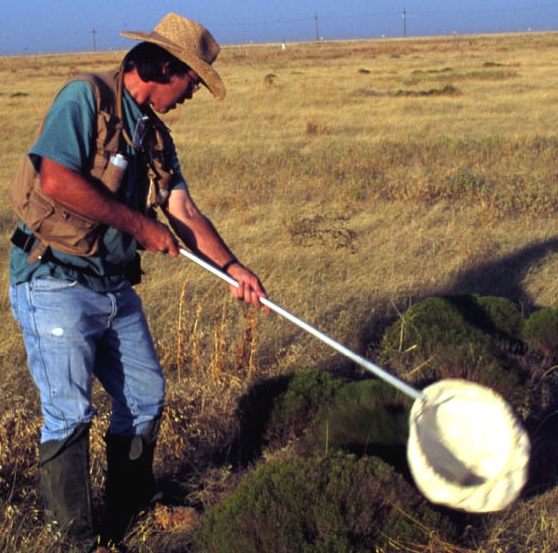