Temperatures are moderating and although delayed frequently by muddy field conditions, we were finally able to finish the annual mapping of our colonies of black-tailed prairie dogs. Mapping is accomplished by driving the boundaries of the colonies—indicated by the area of clipped vegetation beyond the outer limit of visible burrows—in a vehicle equipped with GPS equipment. If areas within the colony appear unoccupied (grown-up vegetation and unmaintained burrows), we will “cut those areas out” as unoccupied. Mapping is an easier task during the wetter years because of a more noticeable difference in vegetation height between that occurring within the colony and vegetation occurring outside the boundary of the colony. 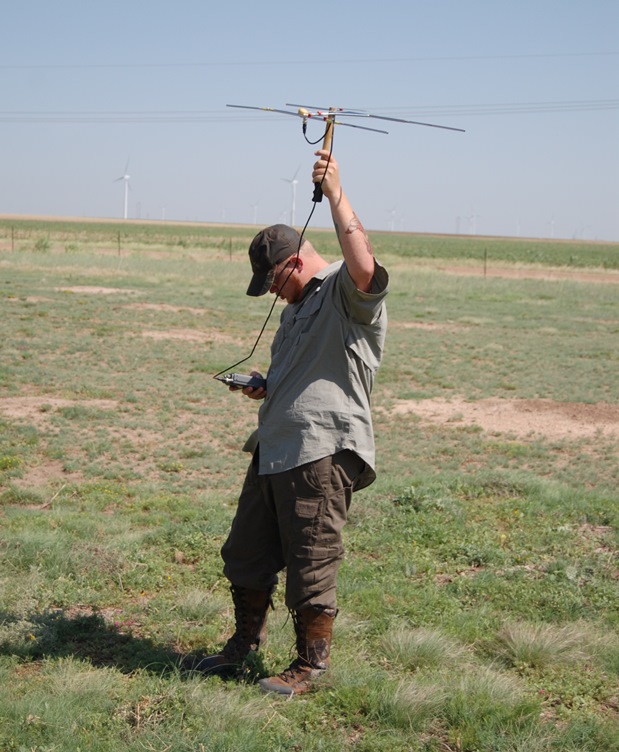 Less widely-distributed on the site than most people would guestimate, the annual mapping we have conducted since 1997 has shown prairie dogs occupying an average of 357.5 acres. In addition, it is pretty obvious that our moderate cattle grazing rotation, along with moisture cycles, keeps prairie dog colony sizes largely in check. Annual variation in area occupied by prairie dogs over the past 12 years has ranged from -30 to 35 percent.

Besides wanting to monitor our prairie dog colonies as a resource, we also use the data for other purposes. For example, the value of colonies to other wildlife can be determined when compared to sighting and tracking data generated from other studies, like those we and collaborators have conducted on burrowing owls and other birds, amphibians and reptiles, small mammals (e.g., grasshopper mice), and bobcats.

Amount and timing of rainfall can have magical effects on the shortgrass prairie, including inside prairie dog colonies. 2015 was a “wet” year here in the Texas Panhandle, while this year was characterized by more modest rainfall distributed nicely through the year. In 2015, we noticed the diminutive plain’s milkweed (Asclepias pumila) and monarch caterpillars were unusually abundant in our prairie dog colonies, while this year antelope horn milkweed (A. asperula) seemed to be the benefactor of recent rainfall regimes. On our last day of mapping, I paused at a number of broadleaf milkweed plants (A. latifolia) and noticed many that hosted a monarch caterpillar.

I have never seen such a high number of burrowing owls in my 17 years of mapping compared to what I observed this year. The birds were everywhere and no doubt a product of good habitat and conditions for them and their insect, amphibian, reptilian, small mammal, and avian prey.

Whether it be an occasional stroll through a prairie dog colony or spending hours upon hours mapping their boundaries, I am always amazed at what all can be found in that habitat type. Remember, it’s always a best practice to use caution around prairie dog colonies.