Wild Pantex – All Grown Up 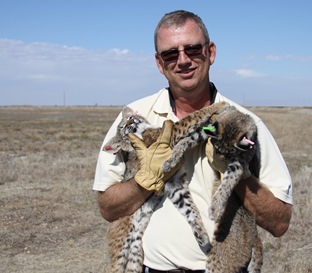 In the "they grow up so fast" category, I am able to share photos of "Pink-and-Green" from when she was a kitten, and just recently, now a 3 year-old. "Pink-and-Green" is a daughter of our original female bobcat – the "Eastside Female."

"Pink-and-Green" was first captured in October 2011 as a 9.7-pound kitten. She was captured again in August 2012, this time weighing 17.2 pounds. At that point she was fitted with a G.P.S. satellite collar and was tracked until I remotely dropped her collar using a laptop, a special wand, and a unique code that activated a "spring action" release. At that time, she was two years old and accompanied by a couple of kittens.

"Pink and Green's" tale includes a prolonged relationship with her mother. Although not undocumented in the species, this cat continued to occupy her mother's homerange as an adult. In fact, a trail cam photo shows a photo of her mother, a young kitten, and "Pink and Green" in the same photograph. However, the core activity areas for the two adult cats were separate, thus the overlap the two adult females was minimal. In general, female bobcats are highly territorial and homeranges only minimally overlap.

The photo below was taken on December 11. At that time, "Pink-and-Green" was accompanied by two kittens. This is her second if not third litter. West Texas A&M University and Pantex studied bobcats on and around Pantex from 2006 to 2013. 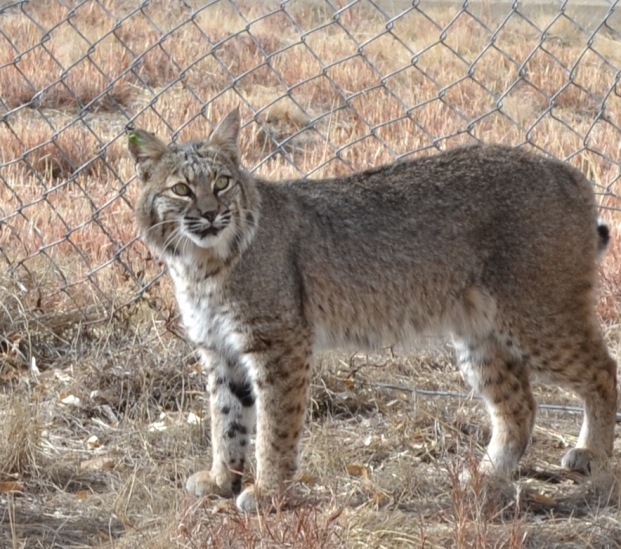