The following was taken from an abstract produced in association with the Presidential Migratory Bird Federal Stewardship Award nomination process:

The Pantex Plant – a Department of Energy (DOE) /National Nuclear Security Administrations (NNSA) facility— initiated and built a long-running program beginning in 2002 that contributes to migratory bird conservation through means that include research, partnerships and outreach. Works have and continue to result in attributes of conservation that include 1) the updating of management plans/strategies for species of concern; 2) the determination of use and management implications of a highly persecuted habitat type [prairie dog colonies]; 3) the evaluation of the effects of wind energy development on birds; 4) the development of risk models for Swainson’s Hawks (Buteo swainsoni) and wind farms in North, South and Central America; 5) the banding and identification of migrational stopover and wintering areas of a migratory songbird that is declining in parts of its range; 6) the contributions of findings and management implications to the scientific literature; 7) the development and turning-out of students experienced and versed in migratory bird conservation; 8) and the production of various forms of outreach that promote migratory bird conservation to professional and lay groups. Projects have been long-running, major in scale, involving special status or high profile species or issues, and many involve the whole suite of migratory birds that, nest, winter or pass through the study areas during the course of their life cycle.

Program elements at Pantex developed beyond habitat and proactive protection strategies in 2002 through the funding and participation in collaborative research partnerships studying the western burrowing owl (Athene cunicularia hypugaea) and the whole suite of migratory bird species that use black-tailed prairie dog colonies and control plots. With study sites across the extensive High Plains of Texas, this now-published work has resulted in the better understanding of the ecology and management needs of the burrowing owl, a species of concern, as well as the importance of this habitat to the diversity of the shortgrass prairie of the Southern Great Plains. It has also led to the development of protection strategies on Pantex lands. 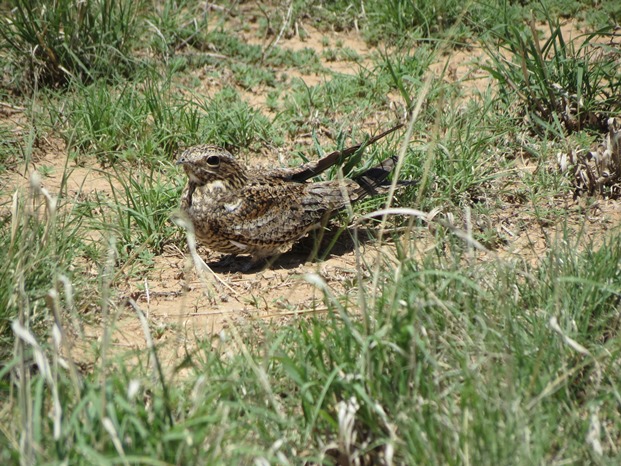 This Common Nighthawk is just one of 202 bird species documented at Pantex.