Research on Western Burrowing Owls has been a major part of the body of wildlife research that has taken place over the last 14 years at Pantex. Much data has been produced through a collaboration that involved the Pantex Natural Resources staff, Texas Tech University’s departments of Biological Sciences and Natural Resources Management, and the U. S. Geological Survey’s Texas Cooperative Fish and Wildlife Research Unit at Texas Tech. Thanks to resources contributed through those external entities much of this work included study sites scattered across the Southern High Plains of Texas, thus increasing the value of the data through the scale of the research effort.

Initially, Burrowing Owls were counted by Pantex staff in conjunction with prairie dog population surveys derived from procedures conducted and published by the Rocky Mountain National Arsenal (2000-2003). Then, from 2003-2005 Pantex contracted with Texas Tech staff to study the ecology of these owls.

Each owl pair at Pantex fledged just shy of three young per year during the study. Local prey availability, vegetation measurements, nor density of prairie dogs had any effect on density of owls or their ability to fledge young at a location. Most of the Burrowing Owls that we captured and banded during the breeding season migrated away from the region for the winter months.

We found that these owls can fare as well in close association with man, as in more rural settings. More vertebrate prey, like mice and amphibians, were taken as food at rural sites, whereas invertebrates, like insects, were taken in greater abundance in situations where the birds were nesting near human activity.

We also studied whether or not necklace-style radio transmitters could be safely worn by Burrowing Owls for research purposes. It was found that the necklaces should be used with caution, perhaps with further modifications and evaluations, as both wild and captive owls initially spent considerable time focused on the necklace instead of watching for potential predators. However, the owls habituated to the necklaces relatively quickly, and survival was not affected.

The collaboration on Burrowing Owls with Tech has involved several students and resulted in two M.S. theses (Teaschner 2005, Chipman 2006). To date, two peer-reviewed scientific publications (radio-necklaces, land-use) have resulted from the work, and a popular article has recently been accepted to be published in Bird Watcher's Digest. Seven presentations on the work have been made at state, national, and international conferences, and even more at meetings characterized as less technical in nature. 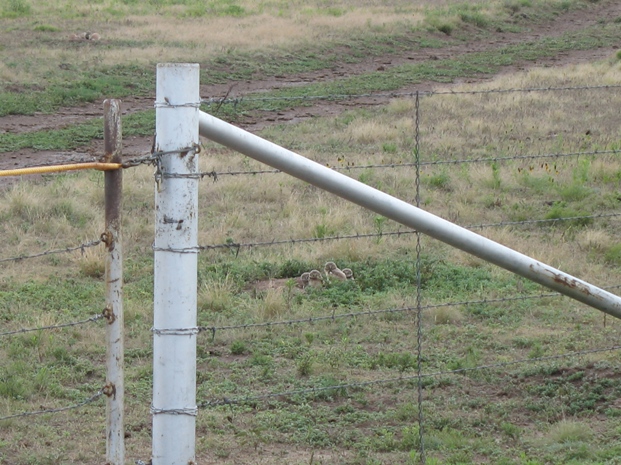