​Yet another publication has come out of a research collaboration that studied black-tailed prairie dogs and western burrowing owls on and around the U.S. Department of Energy/National Nuclear Security Administration Pantex Plant from 2000–2005. Seven manuscripts have been published and two others have recently been accepted and are in publication. 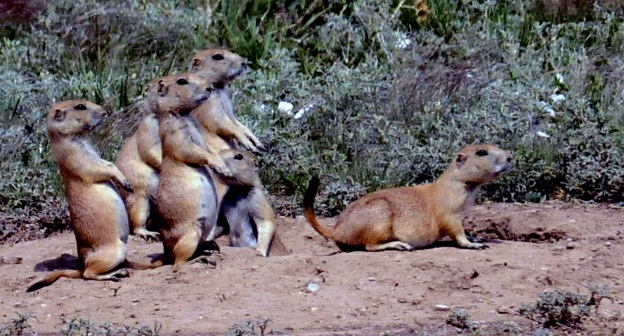 Sixteen years ago, Pantex sought bids for a contractor to collaborate on research focusing on black-tailed prairie dogs and wildlife that are associated with habitat diversity promoted by the area consisting of burrows, short cover, bare-ground and a plant community that differs from the adjacent prairie. Pantex needed information for management decisions, and the black-tailed prairie dog was under review for federal listing as "threatened" following petitioning by one or more environmental groups. The western burrowing owl is dependent on prairie dogs for habitat (burrows and short cover) and is also attracted to the rich insect, amphibian, reptile, bird and small mammal communities that are known to inhabit prairie dog colonies.

The collaboration that ensued included Pantex, Texas Tech University and the U.S. Geological Survey's Texas Cooperative Fish and Wildlife Research Unit at Texas Tech. The Texas Parks and Wildlife Department also contributed, which allowed study sites located away from Pantex to be included, extending the study across the Southern High Plains. Several studies were initiated and conducted as multi-year, comprehensive research projects, and most have since been published in the peer-reviewed or refereed literature. There is also a popular article on burrowing owls that will appear in a magazine this winter.

So, what is the big deal? The work contributes to the information base on these two mentioned special status species and the habitat that prairie dog colonies provide to other species. Eight of the publications are peer-reviewed, which implies that the research was set up to yield scientific results, and scientists agree that interpretations will be valuable to conservation of the subject species and habitats. The popular article will share the work on the amazing little burrowing owl with birdwatchers and citizens — not at all unimportant to its conservation since prairie dog colonies constitute the owl's habitat, and prairie dogs, often considered a pest, are highly persecuted through control efforts. Most of all, the productivity of the collaboration that worked on the studies represents dedication to regional wildlife issues. Among the publications, there is a good mix of senior (first) authors being Pantex staff (three) and university staff (six).

Many thanks go out to the students, professors and cooperating landowners as well as the decision makers at Pantex. Altogether, these entities are great contributors to "Wild Pantex."

Titles of manuscripts, year and publication:
“Noteworthy distributional records of the prairie vole in the Texas and Oklahoma Panhandles,” 2003, Southwestern Naturalist

Western burrowing owls are quite common in and near the prairie dog colonies on the Pantex facility.