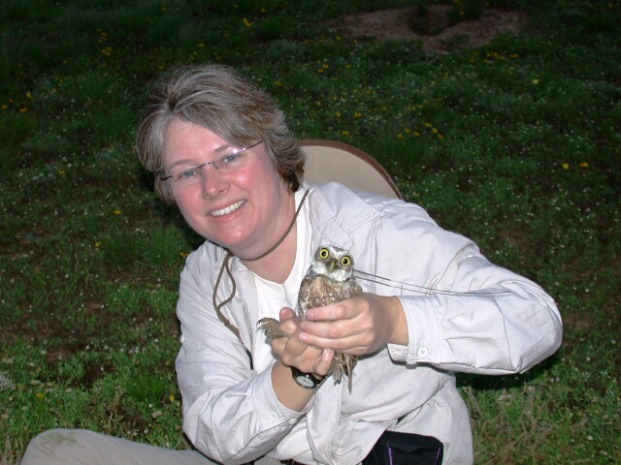 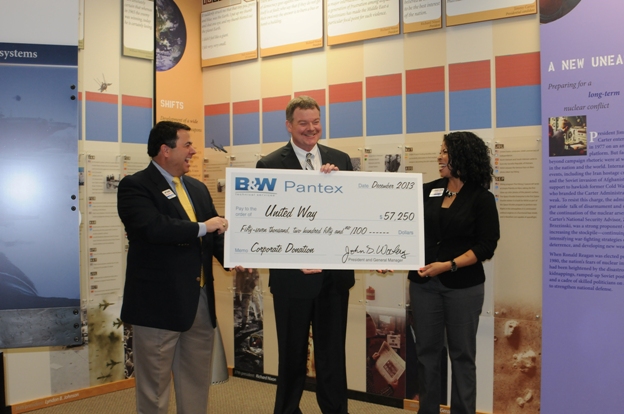 The $57,250 corporate donation supplements more than $650,000 pledged by Pantex employees to United Way for 2013, making Pantex one of the largest supporters of United Way in the Texas Panhandle. Woolery recognized that Pantexans “have big hearts” and are proud to give back to their communities. 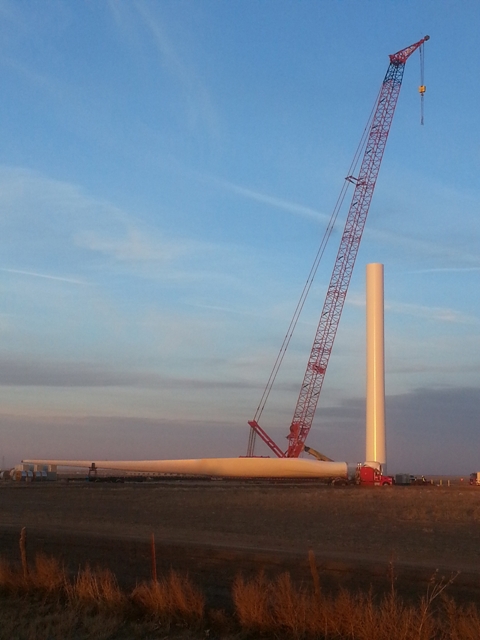 The first wind turbine blade is delivered to the site of the Pantex Renewable Energy Project Thursday. Work crews are beginning to erect the first of five wind turbines that will make up the PREP project. When it is completed this spring, PREP will be the largest federally owned wind farm in the country and will provide approximately 60 percent of the average annual electricity need for the Pantex Plant.

Our pickup made its way slowly down the dusty two track pasture road. We were two miles into a 24-mile spotlight survey that we had begun once it had gotten good and dark. Our crew consisted of a spotlighter for each side of the vehicle, a Security Police Officer to provide key support and, on this night, a co-worker had come along to help us out as a data recorder. And trust me, our night had been well coordinated – assistance by Security, and notification to the Pantex Operations Center, Carson County Sherriff’s Office, Texas Parks and Wildlife Department, and Texas Tech Research Farm.

As we crept along, one million-power spotlights shown out each side of the vehicle. Its holder would watch for eye-shine, or even the outline of the animal itself if close enough to the vehicle. We stop and glass (binoculars) an animal when we need to, but otherwise we record what we have seen at the end of every mile.

We had already observed two deer and a few cottontails when Monty Schoenhals asked me to stop and identify a set of eyes that would occasionally light-up as it made eye contact with us. Through my binoculars I could tell it was a deer, but I needed it to stand-up in order to have a chance of identifying the species. A quick blow on a predator call and it did just that. An eventual glimpse of its light-colored rump and rope-like tail positively identified it as a mule deer and off we went continuing along the survey route.

Spotlight surveys are an important element of our natural resources surveillance program. We spend much time and effort trying to document and monitor our natural resources, and we utilize that information for protecting them, and making land management decisions. I initiated the spotlight surveys back in 2000, my second year at Pantex. Initially, they were aimed at trying to detect swift fox, then, a subject of much debate as to its presence or absence. I had participated in many a deer survey over the years and had also assisted with those for swift fox. Although, not a good technique to estimate numbers of swift fox in an area, you can sure detect their presence if there is a population. Although there is no hint of a swift fox at Pantex, the surveys have been continued due to the opportunity to document and monitor the other nocturnal animals that we come across.

A typical spotlight survey will take us from two to three hours to conduct depending on how many stops that we have to make to glass and identify eyes that are a considerable distance from the vehicle. Animals that we have recorded over the years on these surveys include badgers, black-tailed jackrabbits, bobcats, cottontails, coyotes, gray fox, feral cats, mule deer, raccoons, striped skunks, and white-tailed deer. In some years, it may be the only means of documenting a badger, a gray fox or, less so, a white-tailed deer.

We use the spotlight data every year to supplement other data gathered by a variety of survey methods. For the most part, I just use it for presence/absence-type data and this is included in annual reports and all-time species lists.

Whether in Palo Duro Canyon, the Canadian River bottom, or on the flat plains of Pantex, it sure is a different world out there at night in the lit-up beam of a spotlight. It is another view of our Wild Pantex, one that most will not get to see, and one that we look forward to every year. 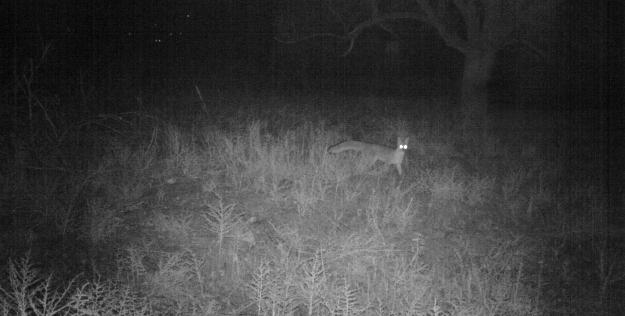 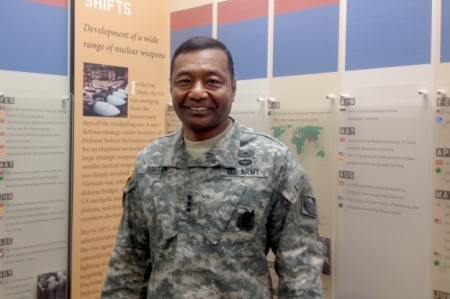 Lt. Gen. Tom Bostick, commanding general of the U.S. Army Corps of Engineers (USACE), visited Pantex this week to tour the High Explosives Pressing Facility (HEPF). Bostick toured the facility and said he came away impressed, singling out HEPF as an excellent demonstration of what can happen when federal agencies and contractors work together effectively to manage projects. USACE is managing construction in cooperation with NNSA, B&W Pantex and main construction contractor Kiewit Building Group.

Construction on HEPF is approximately 90 percent complete and is on schedule and under budget. When finished, the $65 million project will combine high explosives work from a half dozen older buildings – two dating back to World War II – into one state-of-the-art facility.